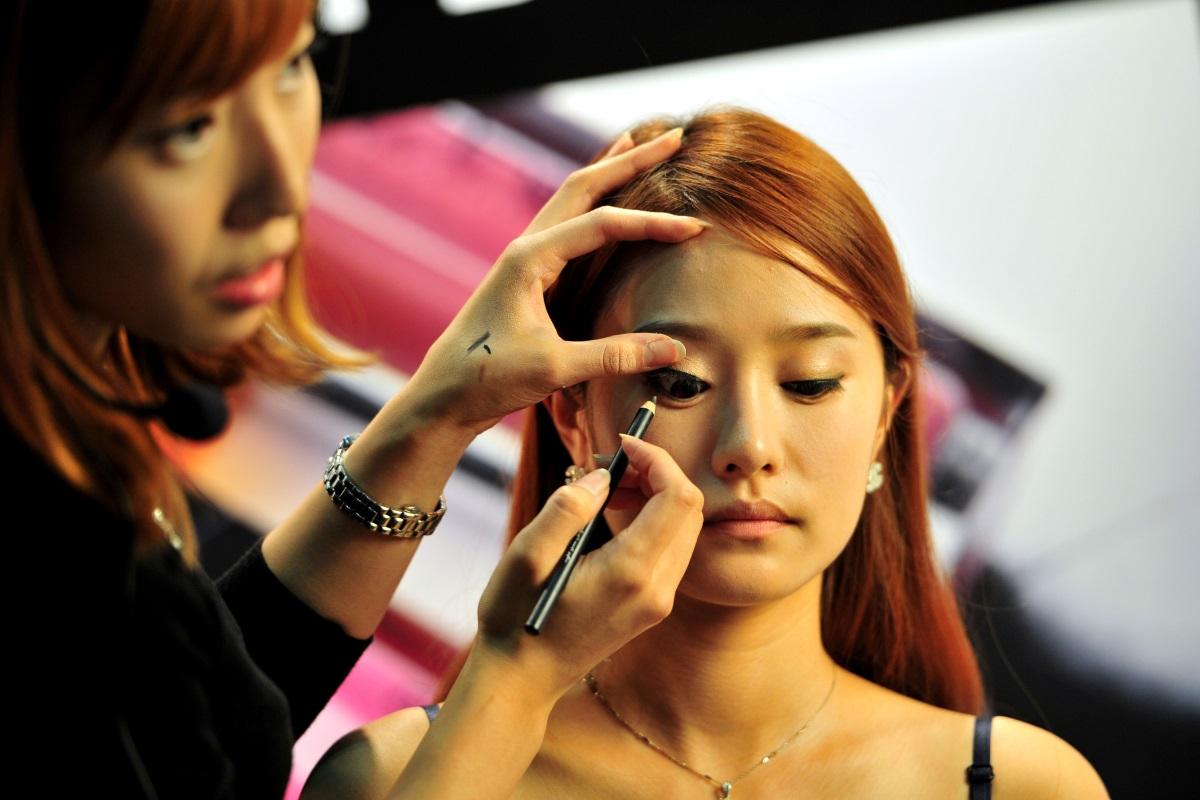 South Korea is known for many things – kimchi, Samsung, Korean fried chicken… and plastic surgery, or rather, an obsession with beauty. Like many women in South Korea, Bae Eun-jeong never left the house without makeup. She hated her natural face.

Bae’s beauty regimen routinely took two hours, to the point that she’d give herself less time to sleep and eat in order to squeeze it all in before going to school. Even a simple trip to the supermarket by her home took plenty of preparation.

“If I went out without makeup, I didn’t have much confidence. I felt embarrassed that someone would look at me. I hated my face,” the 21-year-old said. “Even if I would only be out for an hour, I would put on makeup first.”

Bae is better known as Lina Bae, a YouTube star who used to give beauty tutorials advising viewers on the perfect summer bronze makeup or green smokey eyes. Earlier this year, as she browsed comments on her videos, she saw young fans expressing that they felt “ashamed to go outside with a bare face.”

“(Girls) around me all wear makeup,” one commenter wrote, “I don’t want to, but I feel like I should.” Another said: “I don’t have much confidence in how I look – how do I get more confidence?”

Bae was shocked to see girls as young as 13 worrying about their appearance. The comments made her question her social responsibilities. In response, she posted a video titled “I am not pretty,” in which she applied and removed makeup while sharing hateful comments she had received in the past, such as, “A pig is wearing makeup” or “If I had her face, I’d commit suicide.” At the end of the video, she smiles and tells viewers “it’s OK not to be pretty.”

The video has amassed more than 6.3 million views on YouTube. “I posted the video because I wanted more women to be free from oppression,” Bae said. “I wanted to share that you don’t need to change yourself because of how other people see you.”

Today, Bae is among a growing number of women challenging South Korean attitudes toward beauty as part of a feminist movement known as ‘escape the corset’. The movement’s name evokes the time when feminists protested the 1968 Miss America beauty pageant by throwing away bras, hairspray, makeup, girdles, corsets, false eyelashes, high heels and other items they saw as symbols of oppression.

Fifty years later, young South Korean women have put their own spin on the movement by destroying expensive makeup and beauty products or cutting their hair short before posting pictures on social media and encouraging others to do the same.

“Fundamentally, you can see the ‘escape the corset’ movement as a challenge to a male-dominated society,” said Lee Na-young, a sociology professor at Seoul’s Chung-Ang University. “(It) has elements of rejecting the existing standardised femininity and the myth of the beauty.”

Women have also been taking action through a nationwide strike movement. On the first Sunday of every month, women are urged not to buy clothes or makeup, to cut their hair or do, according to Lee, “any acts that contribute to the beauty industry. Now, many women are choosing the ‘escape the corset’ movement to practice feminism in their daily lives. Women are investing time, efforts, energy and money to look good in front of men,” Lee added.

Beauty is big business in South Korea. The country is among the world’s 10 biggest beauty markets, and was worth around US$13 billion in 2017, according to market intelligence firm Mintel. It has also long been known as the “plastic surgery capital of the world,” with about 22% of women saying they have gone under the knife, according to South Korea’s National Youth Police Institute. Of those, about half agreed with the statement that they’d done so “because appearance is important in life.”

Fight against patriarchy
In 2018, South Korea ranked 115th out of 149 countries in terms of the gender gap between men and women, according to a 2018 report from the World Economic Forum. It also has the highest gender pay disparity among all OECD countries. Only 3% of executives in the top 500 South Korean companies and 17% of National Assembly members are women, according to South Korea’s Ministry of Gender Equality and Family.

During a new year’s press conference Thursday, South Korean President Moon Jae-in described his country’s gender gap as “our shameful reality.” In a society which remains deeply patriarchal, there can be consequences for South Korean women who don’t conform to beauty standards set by men.

In November 2018, a branch of the coffee shop franchise Yogerpresso fired a woman on her first day after she showed up with short hair and no makeup. The company later apologised, and offered her compensation, which she received.

South Korea’s National Police Agency found reported incidents of illegal filming grew from 1,300 in 2011 to more than 6,000 in 2017. ‘Upskirt’ photos and covert videos of women in changing rooms – or even their own homes – can be found on many dedicated forums and websites.

Despite the possibility of a fine of up to US$9,100 (10 million won) or a maximum jail term of five years, these ‘molka’ crimes are worryingly common. Women in South Korea have been forced into checking door handles, flush handles or any other nooks and crannies that might be harbouring hidden cameras.

Anger was also stoked by the killing of a woman near Seoul’s Gangnam Station in 2016. The 23-year-old victim was stabbed to death by a male restaurant worker who, when questioned about his motives, reportedly said: “I did it because women have always ignored me.” The attacker Kim Sung-min, who suffered from severe schizophrenia, was sentenced to 30 years in prison.

“(The murder) served as a trigger for young women to realize that sexual violence is a problem that directly affects them,” Lee said. “It became the decisive moment for South Korean feminists, who were online, to (speak) out offline.”

“Women are realising that a change in South Korean men’s mindset is needed in order to solve this problem,” Lee said. But awareness is growing. South Korea’s largest bookstore chain, Kyobo, reported a 19% increase in sales of feminist books last November compared with the same period the previous year.

Changes are also visible on college campuses. Last year, the Sookmyung Women’s University Feminist Association wrote messages of support for the “escape the corset” movement on a poster using lipstick and eyeliner. Supporters say female students then ditched their dresses and skirts as word spread across the campus. “Makeup isn’t my power,” the declaration read. “Getting dolled up isn’t a power. The lack of need to get dolled up is a power.”

Another student, Oh Min-ji, said students were more careful when talking about people’s looks. “Before the ‘escape the corset’ movement was popular, people did not hesitate to say ‘you’re pretty’. They thought it was a compliment,” said 20-year-old Oh. “But now people are starting to realise that it’s not a compliment and that it’s a language that limits people within the standards that they expect.”

Related: The Reality of Gender Dynamics in Modern Day China