Who will take home the prestigious award? Watch and predict for yourself
Aishah Azali
Wednesday 23 February 2022 The Best Picture category at the Academy Awards has always been the prized gem of the award season with the past few years giving us some historic wins. Parasite became the first international film to win while Chloe Zhao is the first woman of colour to earn both Best Picture and Best Director.

Will the surprises keep coming this year? With a diverse range of nominees from a musical adaptation to a sci-fi blockbuster, here is the low down on each nominated masterpiece to add to your next binge-watch session.

Former head writer of SNL, Adam McKay helms the ship of this doomsday satire filled with dark humour and a star-studded cast. The film is about the discovery of an earth-destroying comet by two scientists and their adversity to convince the White House (Meryl Streep as a comical Republican POTUS), media and citizens of this upcoming catastrophe. With its high streaming popularity (Netflix’s second most popular film debut), this is the underdog film to look out for or shall we say “look up for”.

The Power Of The Dog

Netflix’s western drama by Jane Campion is leading the Oscar pack this year with 12 nominations, an award season favourite that has already won Best Picture at the Golden Globes. The plot takes place in 1925 Montana about a domineering rancher Phil who disapproves of the marriage of his brother to a widow with a teenage son. The film includes outstanding performances by Benedict Cumberbatch, Kodi Smit-McPhee, Kirsten Dunst and her real-life husband Jesse Plemons who are all deservingly nominated in the acting categories as well.

Space travel, political games and Hollywood’s “It” boy Timothée Chalamet leading the pack, Dune is an epic sci-fi masterpiece by Denis Villeneuve. With 10 nominations under its belt, it follows the life of Paul from the noble House Atreides whose family gets entangled in an intergalactic power play after acquiring a sought after planet. It’s a passion project of Villeneuve who is a massive fan of the books, showcasing his ability to beautifully world-build a new saga (Dune: Part 2 has been greenlit!) coupled with his signature sound play and cinematography.

From a director who has won in this category before with The Shape of Water, Guillermo del Toro returns with a noir film about the seediness of showbiz set in the 1940s. Carlisle played by Bradley Cooper is a mentalist/grifter whose rise to stardom in the entertainment world takes a dangerous turn when he starts scamming the upper crust for bigger payouts. It’s a film about power and deception, set at the height of the Art Deco era and a full circle ending you wouldn’t want to miss.

The only musical nominated, West Side Story centres around star-crossed lovers from rival gangs battling adversity and racism in the 1950s. Director Steven Spielberg has gained much praise for improving this adaptation, casting LatinX actors for Hispanic roles and writing more developed backstories for major characters. With the 1961 film version winning 10 Oscars including Best Picture, it’s safe to say this Romeo and Juliet tale does stand the test of time.

A biopic of sorts, King Richard is about the childhood of tennis legends Venus and Serena Williams as told through the eyes of their father Richard Williams. It’s an extraordinary tale of family and a father’s belief in the potential of his children as the tennis prodigies took an unconventional route to become tennis powerhouses. It is executive produced by the real William sisters, who even praised Will Smith’s Oscar-nominated portrayal of their dad.

Director Kenneth Branagh who directed Marvel’s Thor and the newly released Death On The Nile brings his childhood memoir to screen in this beautiful black and white film. It portrays an unsettling period in 1969 Belfast where sectarian violence (historically known as The Troubles) was on the rise. However, the moment is captured through the perspective of nine-year-old Buddy (a stand-in for young Branagh) as he grows up during this tumultuous time in Northern Ireland.

CODA stands for ‘child of deaf adult’ and is a family-friendly film about Ruby, the only hearing child in a deaf family that finds her passion in singing. She longs to pursue music in college but struggles to leave her family who relies on her as their translator. The movie has been racking up outstanding accolades – being picked up for a record-breaking $25 million by AppleTV+ and receiving a 96% score on Rotten Tomatoes. Actor Troy Kotsur who plays the patriarch also made history as the first deaf male Oscar nominee, one of the many reasons to watch it.

The only international movie in this category (and Japan’s first) is a tale of grief and loss, adapted from a Haruki Murakami short story. Accepting a job in Hiroshima, theatre director Yusuke is assigned a reserved chauffeur named Misaki. Reluctant to take her in at first, they slowly start to confide in each other about their experiences of loss – Yusuke with the death of his wife and Misaki with the passing of her mother.

If you’re looking for a coming-of-age comedy with a nostalgic ode to the 70s, look no further than this gem from Paul Thomas Anderson. The story touches on the blossoming relationship of Alana and Gary, a much younger aspiring actor as they manoeuvre the trials of finding their place in the world. It features the film debut of Cooper Hoffman (son of the late Philip Seymour Hoffman) and Alana Haim (from the pop-rock band HAIM). Anderson wrote the movie especially for Haim, having directed multiple music videos for her band and both coming from California’s San Fernando Valley. 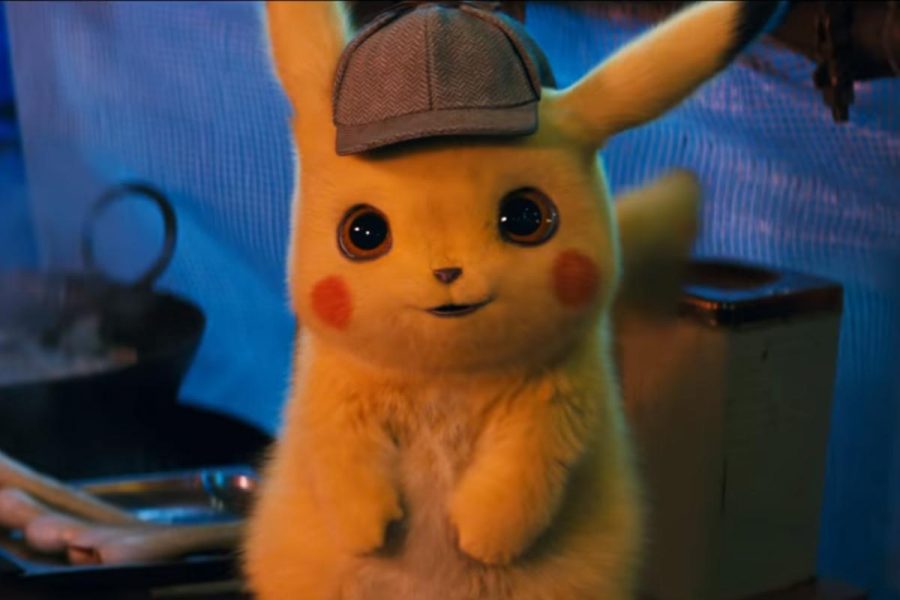 Why Borgen Should Be Your Next Binge-Watch
By Amylia Hilda