The Boba Business: of Selfies and Bubble Tea

Bubble tea is making a huge comeback in Malaysia, thanks to its tailored-for-social-media aesthetics.
Li-Mei Foong
Friday 11 October 2019 It is almost like a scene out of Game of Thrones. The rivals, each with their own house banners bearing animal sigils, vie for dominance. The stag faces off with the bear – the two factions camped right opposite each other. Two lions are joining the fray. The dragon eyes the throne from a not-so-safe distance away.

But this is not the fictional continent of Westeros. This is in the business hub of SS15 in Subang Jaya, Selangor. The animal sigils belong not to warring royal families, but to the influx of bubble tea cafés of both local and foreign origins.

Within minutes of walking distance from each other, there are brands like The Alley (with its deer logo), DaBoba (bear logo), Bao Hei Tang (cheetah logo), Black Boss (lion logo), Raion (another lion logo), Black Whale, Whale Tea, and JLD Dragon. Other brands not on the wildlife bandwagon in SS15 include Xing Fu Tang, Gong Cha, Pin Tea, Feng Cha, OneZo, TeaAmo, Chatto, Moge Tee, Shifen Station and so on.

SS15 is not the only place flooded with the beverage. Other commercial hubs around Malaysia, from Cheras Traders Square in Kuala Lumpur to Mount Austin in Johor to George Town in Penang, are also seeing a tsunami of bubble tea rivalry.

The bubble tea invasion in Malaysia is part of a regional trend that has colonised much of Asia, the US, and Europe. Hailing from Taiwan, bubble tea is said to have gotten its name from the froth created when the milk tea is shaken with ice. Yet, for most fans, the point of the beverage is its boba – the chewy “pearls” that one sucks up with an oversized straw.

Bubble Tea Malaysia, a web directory of the drink, currently lists 85 brands in the country of both local and foreign origins. More are opening every day. According to market analysis firm Straits Research, the Malaysian bubble tea market was valued at US$49.8 million in 2018 and is projected to grow at the rate of 6.9% from 2019 to 2026.

GrabFood, the food delivery arm of e-hailing and payment app Grab, also reported that orders for bubble tea last year increased 30 times in Southeast Asia. Over the past year, the number of bubble tea outlets listed on the platform has doubled to 4,000 across the region.

Several bubble tea operators note that what revived the thirst for the beverage is the vast number of renowned brands from overseas rolling into the Malaysian market at almost the same time. But another major fuel for demand is social media. Malaysia is the top five countries in the world for mobile social media penetration, according to Hootsuite and We Are Social in their latest Digital 2019 report. With its artfully constructed look and dizzying variety these days, bubble tea seems like a concoction that checks all the boxes for our curated, filtered and square-dimensioned existence.

Bubble milk tea rides on the rising wave of social media influencers and online lifestyle publications with a perpetual hunger for content. “Social media, like bloggers, has played a vital role in reigniting consumer interest in milk tea. Without the speed at which information about new milk tea drinks or promotions gets to consumers, you probably won’t be seeing the long queues at milk tea shops,” Tan Heng Hong, the Asia Pacific food and drink analyst for market intelligence firm Mintel, tells UNRESERVED.

Beyond brands promoting the beverage through sponsored content, he explains, the fervour for boba milk tea is mostly kept aflame by lifestyle bloggers and online publication outdoing each other to “feed their readers with the most trending news, and milk tea is obviously a hot topic right now”. But it is not only influencers who are serving up the boba-rdment (sorry). In the “camera eats first” culture, everyday social media users are labouring over their dessert drink for the perfect #foodstagram.

For Feng Cha, a brand from China, “pretty [sic] is power”. The brand believes that in this aesthetics-driven era, mainstream consumers prize eye-catching visual presentation. The swirling, vibrant hues of its drinks certainly seemed like a magnet for “likes”.

“Through our data, we find that local consumers want things that represent their own personal ‘brand’,” explains Jennie Gong, the master franchisor of Feng Cha in Malaysia, along with four other partners. She observes that even the drinks they are enjoying should say something about their individuality – a behavioural trend that she calls “buying lifestyle”.

Chatime is also positioning itself as a lifestyle brand. “The Chatime brand has always been about fun, but with all the competing brands coming in, you have to be more than creative and fun. You have to do more than just sell a good product behind the counter. Now, it is about association with the customer’s lifestyle,” says Widayu Latiff, executive director of Will Group.

Will Group took over the rights to run Chatime in Malaysia in 2017. The Malaysian business of the chain was formerly operated by Loob Holding Sdn Bhd, which is now behind the Tealive brand. Loob Holding had allegedly used unapproved raw materials when it was running Chatime, leading to its contract being axed by Chatime’s parent company in Taiwan, La Kaffa International Co Ltd.

Widayu explains that in keeping with the current craze of posting food and drinks on social media, Chatime has made its packaging “more Instagrammable and fun to drink with” – its recent bulb-shaped bottles are one example.

In 2016, Mintel observed that food and drinks are “designed to be documented” as a marketing tactic. “Flavour has long been the focus of innovation, but more visually-centric and share-focused societies call for innovations that engage more of the senses,” according to Mintel’s 2016 Global Food and Drink trend report Eat With Your Eyes.

The firm further explains that aesthetic appeal such as colour and texture is especially important to cut through the dizzying array of choices that consumers have to navigate these days. “Food and drink products have used a variety of ingredients like turmeric, matcha, and activated charcoal to create vibrantly-hued drinks, snacks, and other food that attract attention, especially on Instagram and other image-centric media. Colour will continue to be important, but texture is the next facet of formulation that can be leveraged to provide consumers with interactive – and documentation-worthy – experiences,” says Mintel.

Bubble tea, especially, is the chewy beverage that can be developed in a combination of textures and looks. Brands are already getting creative. Instead of the standard black tapioca boba, there are already rainbow-coloured pearls, dragon fruit pearls, chrysanthemum pearls, pea flower blue pearls, and even pearls that look like Pokemon balls.

As these innovations fan more excitement on social media, bubble tea sticks harder on consumer minds – a potentially debilitating condition that can only be alleviated by rushing to the nearest outlet and inhaling mouthfuls of boba as soon as possible (#guilty). After all, social media holds a remote control on our consumption.

One in five consumers from China and India are influenced by social media to purchase food and beverages, according to a 2017 Innova Market Insights consumer study. The number is one in 10 in Mexico, the US, Canada, Spain, the Netherlands, and Australia.

In the PricewaterhouseCoopers’ (PwC) Global Consumer Insights survey last year, 58% of consumers in Malaysia and Indonesia said that social media inspired their purchases. Social media has been instrumental for Xing Fu Tang to reach consumers of different demographics, according to Derek Cheong, co-owner of Collab Working Lifestyle, which is the brand’s master franchisor in Peninsular Malaysia. He points out that non-Chinese now make up 60% of its customer base even though the Taiwanese chain is “branded pretty Chinese”, with its temple-like exterior, Mandarin signage, and the oriental-design chest from which customers can draw “fortune sticks”.

Feng Cha is reaping similar benefits from social media. But Gong tells UNRESERVED that social media can also be a treacherous ground to navigate for a brand, as the spread of online criticisms can be rapid and uncontainable. Hence, she relies on social media professionals to craft every post and ensures that the messaging is always on-brand.

Attention span on the ever-refreshing feed is also a precious commodity. Many viral food trends in Malaysia had succumbed to relative obscurity after a while – think frozen yoghurt, “dirty bun”, churros and salted egg, well, everything. That means constant innovation is needed to ensure that a food fad stays covetable (and social-media-worthy).

“The key challenge for players in the boba milk tea market is standing out in the sea of milk tea brands. Currently, most of the milk tea shops have similar menus and offerings, with nothing substantial to set them apart,” says Tan of Mintel. “Milk tea brands need to keep innovating with their offerings and know that no idea is too outlandish to try.”

He can say that again. The fever for “innovation” – if we can call it that – is hitting its boiling point. We are now seeing boba-laden cakes, boba ice cream, boba hotpot, boba toast, boba pizza, boba in noodles, boba on crab and, well, you get the idea.

The end is nigh?

Tan believes that bubble tea businesses in Malaysia will see a consolidation phase within a year or two, as the market is “simply too crowded”. “Thanks to social media, consumers are becoming more aware of what’s happening beyond their borders. It is important for brands to take note of what’s happening elsewhere in the region to assess if the same trend might become successful locally.

While the success of milk tea was initially a surprise, it now feels like it has become the new normal – and we can expect another wave of new food and drink trends to emerge soon,” he says. For Gong, China provides telltale signs on where the local market is headed, as the country is “ten years ahead of Malaysia in terms of food and beverage trends”.

She believes that fruit tea is the future. That was where consumers in China flocked to after the milk tea market became too homogenous and saturated – just like what Malaysia is seeing now. Feng Cha itself has pivoted to fruit-and-flowers themed beverages after an initial phase of specialising in milk tea.

The data seems to agree. Allied Market Research reported that fruit flavour bubble tea has held a dominant position globally over other bubble tea variants in 2017, and it is forecasted to maintain its lead through 2023. “The challenge now is how to penetrate the mindset of Malaysians who are still fixated on milk tea at the moment,” Gong says.

The answer is likely social media, too.

Related: 50 of the World’s Best Desserts to Tempt Your Taste Buds 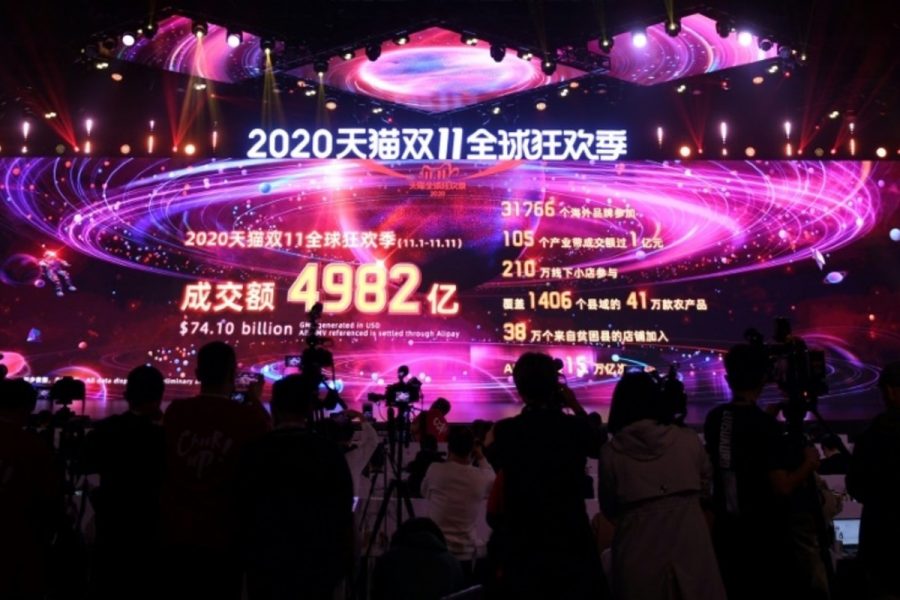 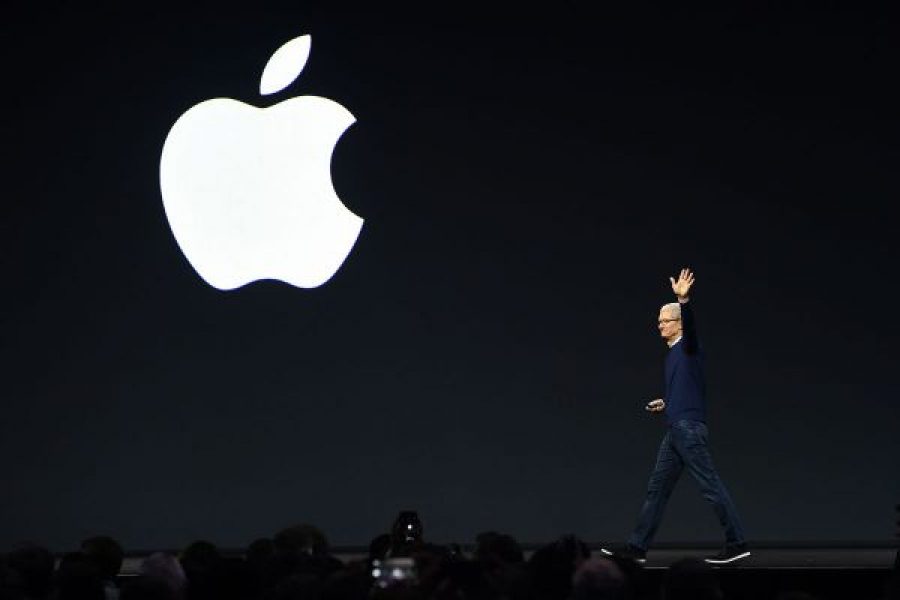 Apple to Bring Out Arsenal of Hollywood Heavyweights for Launch of Streaming Services
By
Samsung vs. Huawei: Battle of the Foldable Phones
By Lira Jamaluddin