The search is on for the Billion Dollar Whale. Photo: Unsplash

Low Taek Jho, or better known to the world as Jho Low, gave his first interview with the media since fleeing Malaysia in 2015. On 6 January 2020, the Penang-born fugitive held talks with Singaporean newspaper The Straits Times and pointed fingers to others who he said deserved more blame for the 1Malaysia Development Berhad (1MDB) scandal.

He downplayed his role in the world’s biggest heist, describing himself as an “intermediary” who was in demand for dealings between the Malaysian government and the Middle East due to his “good relationships with influential foreign businessmen and decision makers.”

“People and companies act as introducers or intermediaries all the time. This is not a unique situation,” he said. “The reality is that I am an easy target for all of those above given the fact that I am not a politician,” added Low. 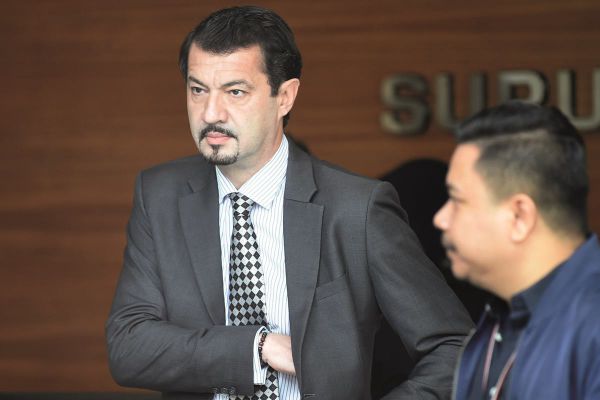 “In the case of 1MDB and SRC, there were also international bankers, lawyers and other independent professionals that advised and supported the companies in their respective processes,” he said.

“With all of that in mind, the inordinate amount of media scrutiny on me compared to that placed on the global financial and other institutions and advisers that actually organised and facilitated the fundraisings at issue is astounding,” added Low.

However, he remains beyond the reach of Malaysian police who claim they’ve been thwarted by foreign authorities despite knowing his location. Low told The Straits Times he had been given asylum months ago but refused to disclose the nation’s name, due to “serious personal safety concerns.”

“I can confirm that I was offered asylum in August 2019 by a country that acts in accordance with the principles of the United Nations Universal Declaration of Human Rights and the European Convention on Human Rights on the basis of the political persecution to which I have been subjected and the continuing violation of my human rights.” Reactions to Jho Low’s interview with The Straits Times

Low’s decision to break his silence was seen as a cowardly move by many, as he dodged bullets on the clear evidence supporting his act in 1MDB. Wall Street Journal journalist and co-author of the Billion Dollar Whale Tom Wright called the fugitive financier’s interview with The Straits Times “pointless.”

Additionally, The Edge also tore into the interview with a series of questions that should have been addressed. Here are some of the best bits:

“If you are innocent, why did you give up US$1.0 billion worth of assets to settle with the US Department of Justice (DoJ)? We are not talking about US$10 million or even US$100 million. This is US$1.0 billion! Who in his right mind would give this up if he is innocent?”

“Who is the principal if you are the intermediary? You claim that you were only an intermediary. An intermediary to a crime is also a criminal, your lawyers should be able to tell you that. We assume your principal was Datuk Seri Najib Razak, who, by the way, now pins all the blame on you, going by the defence he is putting up in court.”

“Where are you now? You say you can’t disclose where you are for safety reasons. Yet, you got ST to say you are likely in the United Arab Emirates. We say this is simply a red herring to divert attention from where you are — China.” How Did the 3 Books On 1MDB Stack Up Against Each Other? We Tell You

Where is Jho Low?

Now for the million dollar, or in this case, the billion dollar question, where is Jho Low? Wright strongly believes Low is residing in China and The Edge agrees. However, if we were to fully quote Low’s recent interview, The Straits Times said it believed he was in a “country in Europe”.

So what’s the truth?

One thing is certain, there are multiple stories to this scenario. According to Asia Times, Low was spotted in Ahmedabad, India around November 2019. The Hong Kong-based English language news publication reported that Indian police had monitored his movements while he was there on a three-day visit, but did not apprehend him.

Next, according to Inspector-General of Police (IGP) Tan Sri Abdul Hamid Bador, authorities in the country where the fugitive financier is believed to be hiding in, are refusing to cooperate. They’ve also been providing absurd excuses including claims that Low has undergone plastic surgery and now looks like a “bear”.

“They say his face looks like a bear. I don’t know, but apparently he has now changed his looks,” said Abdul Hamid, in November 2019.

In a bid to crack the Houdini act, we’ve put together a poll for you to have your say and decide where’s the wanted man hiding.

For a full recap on the 1MDB stories, check out our three-part interview with Datuk Seri Khairuddin Abu Hassan, the man who sparked the investigation to the world’s biggest heist.