Malaysian fashion has come a long way from the aunty tailors for the ordinary folk, and the haute (and often haughty) dressmakers for the rich, the titled and the entitled.
Zoe Ibrahim and Marlina Azmi
Thursday 16 May 2019 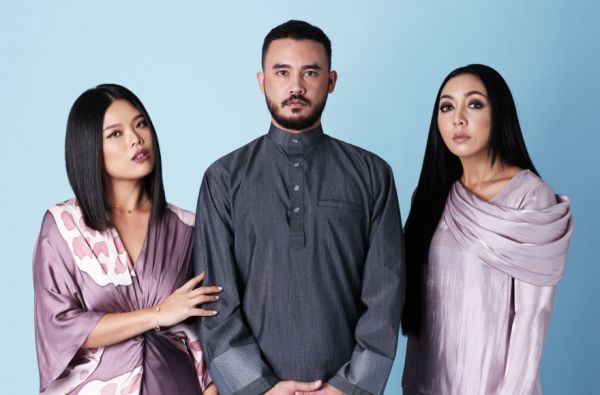 They put the "e" into elegance.

Thanks to technology, the rise of e-tailers and unprecedented access to consumers, the ready-to-wear market for local fashion designers is booming. For the past few years, the Malaysian fashion scene has been enjoying a renaissance.

Online fashion portals such as Zalora and FashionValet are catalysts that have single-handedly revived Malaysian fashion design. It has enabled established designers to speak to a different market at a lower price point and allowed fledgling previously risk-averse, capital-starved yet talented designers to come forth into the market.

It’s free market capitalism at its best, cutting out the rent-seeking landlords – although a stand-alone boutique here and there, allowing you to touch, feel and try, does not hurt. Instagram and Facebook are the new channels for delivering marketing campaigns, establishing brand loyalty and engaging with customers. It’s a brave new world for Malaysian fashion designers.

At UNRESERVED, we wear Malaysian fashion labels with pride and highlight three Malaysian designers at different points of their journey, who are designing clothes for the lives we lead. Alia Bastamam, Joshua Fitton and Fern Chua are putting one fashionable foot forward, a step at a time.

Alia began her illustrious career nine years ago with only bespoke and bridal designs in her portfolio. In 2015, she debuted her diffusion line, ALIA B. a ready-to-wear line. Her understanding of what women want has made her a cult favourite among her loyal customers. The pastel minimalism of her designs is a breath of fresh air in a world of fashion faux pas and over-embellishment that used to typify Malaysian designs. Her clothes have a sensual feminine feel and an exquisite finish. She is a master of fusing the modern with traditional elements that have led to her appeal.

She says, “It’s a rule I live by…I only design and create clothes that I would wear myself. Will I be comfortable in it? How does a fabric feel on my skin? What colours match my skin tone?” And how does Alia know what her customers want? “Sometimes, knowing what is right for you is an intrinsic sense – some people genuinely have no idea – and I’m lucky to have that ability and apply it in my work,” she reveals passionately.

Former architect turned bespoke fashion designer Joshua traded his drawing pens for sewing needles six years ago in the biggest risk in his career thus far. However, what started as a passion project producing traditionally fused t-shirts under his streetwear label Tempatan led to his metamorphosis as one of the most sought-after bespoke menswear designers in the market currently.

Tempatan aimed to reflect Malaysian streets, culture, history and individual personalities with t-shirts that incorporated local fabric, including batik and songket, that are better than sex. Less than a year after Joshua’s foray into fashion, he was invited to participate in the inaugural Kuala Lumpur Fashion Week when he introduced two suits into his collection for the showcase.

“At that point, I thought I should take this a bit more seriously and learn the tricks of the trade,” he says. It was then that the self-taught designer decided to learn how to cut fabric and sew them into a suit. His thirst for knowledge encouraged him to soak up as much as he could from the fashion world, mostly consuming any fashion textbooks, technical tips and history books he could get his hands on.

Fern quickly carved a niche in the fashion market, capturing her clientele with her original modern batik designs that are inspired by nature, perfectly personified by her name and brand, FERN. Initially set on a corporate path, an accident in 2000 changed her life irrevocably. Her hand was so severely injured that it was paralysed for six months before it could regain motion.

Part of the rehabilitation process involved sewing clothes, which then led her to batik. Now that batik is Fern’s world and the basis of what her business is built upon, she eats, sleeps and breathes batik. “When I first started, I did a lot to get to where I am today. I went to the East Coast and learned from the masters, snooped around to do batik and learned a few tricks in between,” she tells UNRESERVED.

Before learning how to sew, Fern had not been properly exposed to the art of batik crafting. She says, “I am known as a rebel in the batik industry because I do abstract work. I try not to use canting or block and instead try new materials like sponges or brushes. I try to be experimental. In Malaysia, we do follow the trends but we also have the capacity to localise it by combining it with our unique culture, heritage and fashion style.”

Operating in a conservative society seems to pose no real design challenge for our designers. In an industry where freedom of expression may be curtailed by societal norms and seemingly dominated by Muslimah fashion, Fern sees that as “a preference, a choice to choose, freedom to express” while Alia says that she hasn’t let conservative fashion affect her aesthetics, and instead “finds inspiration from it”.

It was canny of Tadashi Yanai of UNIQLO to promote Hana Tajima and her line, but her role as a designer is a natural fit for Malaysian talent. The world does not know it yet, and perhaps we ourselves do not yet appreciate it, but Malaysian designers are natural leaders of the fashion sector going by the more commercially palatable name, “modest fashion”.

This article is an excerpt from UNRESERVED’s May 2019 issue from the article DESIGNING LIVES. Getting To Know The Gorgeous Cinta Laura Kiehl
By Sherelyn Goh
Watchlist: Remy Ishak
By By Amylia Hilda