As consumers take notice of the detrimental effects the industry can have on the environment, fashion houses are taking initiatives to become climate positive
Andrea Wong
Tuesday 28 September 2021 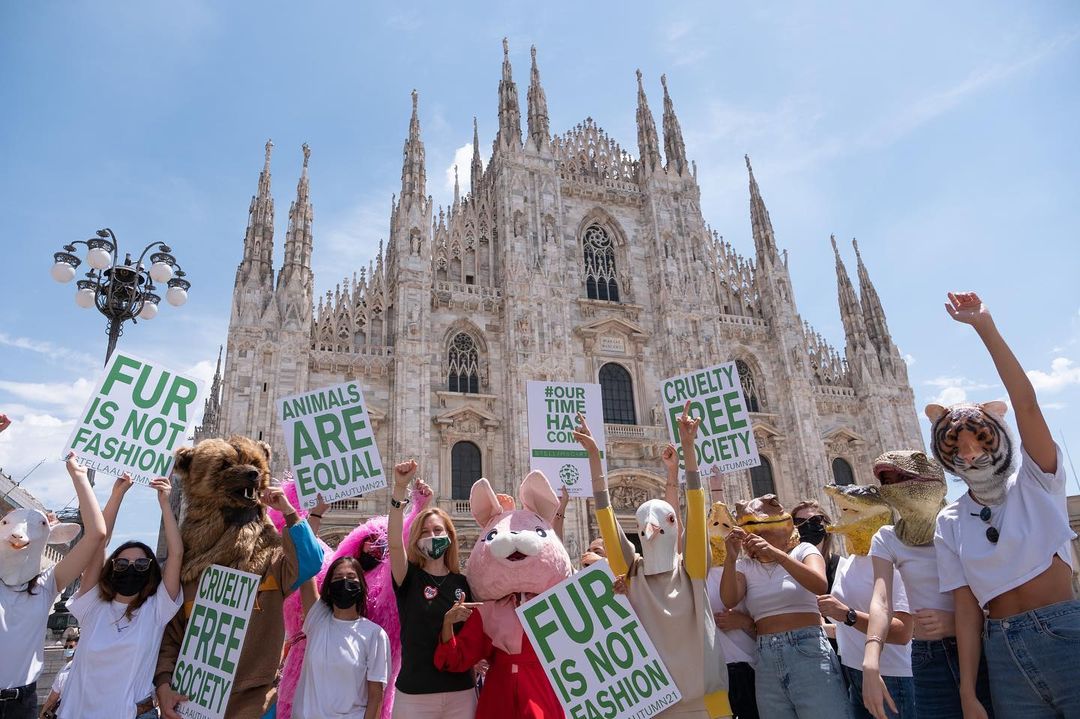 After years of lagging behind on sustainability, we are starting to see a fundamental shift in attitude in the luxury fashion industry. As fashion is now one of the loudest voices in the world advocating for sustainable business practices, Andrea Wong looks at how sustainable luxury is becoming the standard.

Sustainability and luxury. Two concepts that seem conflicting at the onset. When it comes to the fashion world, it’s hard to imagine these ideas colliding, let alone having a bright future together.

However, sustainability is implicit in luxury’s definition. It has always been about durability and valuing quality over quantity, with a respect for fine natural resources and craftsmanship that result in exquisite products charged with meaning and often, heritage. Moreover, these goods are usually made from rare materials, creating an actual need for them to be sustainable.

The term sustainable luxury, then, is probably best summarised as “a return to the essence of luxury with its ancestral meaning, to the thoughtful purchase, to the artisan manufacturing, to the beauty of materials in the broadest sense, and to the respect for social and environmental issues”, according to Gulen Hasmi in Sustainable Management of Luxury, edited by Miguel Angel Gardetti.

In fact, the industry is uniquely suited to transform sustainability into a mainstream lifestyle choice. It is a strong value creator, has a major impact on consumer behaviour, and is seen as a trendsetter. It’s an industry that trades in desirability, and thus has the power to redefine sustainable behaviour as an aspirational statement, which is a much more effective way to introduce social change, as opposed to simply using guilt towards the environment as motivation.

There is already a paradigm shift in consumers who, regardless of social classes, are increasingly concerned about social and environmental issues, and prefer sustainable products that reflect their own values and beliefs. Mainly driven by millennial and generation Z consumers, they make up more than 30 percent of all luxury spending and generated 85 percent of the global luxury sales growth in 2017.

However, according to research conducted by management consultancy Bain & Co, 89 percent of consumers expect brands to publicly communicate their sustainable actions, especially in the luxury sector, and 56 percent see social and environmental impact as a mainstream, cross-generational issue, so it’s not just about what millennials want anymore.

As consumers of all demographics become more and more aware of the detrimental effects that fashion can have on the environment, their habits are clearly shifting to support brands that are becoming climate positive.

From the green movement to the circular economy

The green movement in fashion is nothing new. Ralph Lauren started weaving hemp into his collections in the mid-1980s, whilst Giorgio Armani introduced the natural fibre into his Emporio Armani women’s collection in 1997 and even started growing his own hemp for specialised textiles in 2002. Donna Karan’s Urban Zen Initiative, launched in 2007, combines a philanthropic foundation with retail that distributes natural and organic creations fostered on a sustainable commerce model. And then we have the pioneers in sustainable luxury, namely Stella McCartney and Vivienne Westwood, who have preached and practiced the tenets of sustainability long before it was ‘cool’.

The sustainability movement in luxury fashion seems to have finally hit critical mass. Whether it was watching the world burning from the Amazon rainforest to the Australian wildfires, or it was spurred on by the ‘Greta Thunberg effect’, the fashion industry has finally started to take climate change seriously, as demonstrated by the Fashion Pact unveiled last year. Joined by fast fashion and luxury fashion brands such as Chanel, Hermès and Prada, the Fashion Pact aims to boost the fashion industry’s environmental efforts by focusing on three core areas: stopping global warming, restoring biodiversity and protecting the oceans. The pact started with 32 signatories of leading fashion groups and brands and, at time of reporting, has now more than doubled with 65.

The industry’s most influential players are not just resting on their images and are taking real steps towards embracing a more circular economy, a system aimed at minimising waste and making the most of resources. This becomes apparent as we look at the top luxury fashion companies and see systemic changes being made to foster more sustainable business models.

Kering leads with the Fashion Pact

Fashion luxury group Kering, who spearheaded the Fashion Pact, is an industry leader in their sustainability efforts. The parent company of brands such as Gucci, Saint Laurent and Balenciaga created a Sustainability Committee in 2012 and hired a chief sustainability officer, demonstrating its commitment to becoming holistically sustainable by placing social and environmental responsibility at the centre of its operations and organisation.

At the start of this year, in a show of transparency, Kering released its first-ever sustainability progress report, which revealed some very promising results toward meeting their 2025 targets. The highlights include a 14 percent reduction in the group’s overall environmental impacts and a 77 percent cut in greenhouse gas emissions from its own operations between 2015 and 2018. It also achieved 88 percent traceability for its key raw materials. Additionally, Kering has been fully carbon neutral across its operations and supply chain since 2018 by offsetting its carbon footprint where it cannot reach zero impact.

Gucci, Kering’s biggest brand, is the group’s crown jewel not only in terms of performance (it makes up about 80 percent of profit), but also in its sustainable developments. The Italian luxury house has not only shown its eco-consciousness through its collections, such as creating the world’s first 100 percent traceable handbag in 2013, it is also fully committed to achieving complete sustainability throughout the company and in all aspects of its supply chain.

Gucci’s ten year sustainability plan has already seen some positive progress including going fur-free since 2017, introducing a “scrap-less programme” that reduces the quantity of leather that is treated during the manufacturing process and going completely carbon neutral. Additionally, in 2018 the brand launched Gucci Equilibrium, where Gucci employees can dedicate one percent of working time volunteering in local communities, reinforcing its social efforts.

LVMH going at it alone

As for LVMH, the world’s largest luxury conglomerate has come under fire in the past for lagging behind its rivals on climate action. The group’s name is noticeably absent from the list of signatories of the Fashion Pact. However, while its brands are some of the biggest names in fashion, including Louis Vuitton, Dior and Fendi, LVMH is more than just a fashion and leather goods group (59 percent of its annual revenue comes from non-fashion businesses), thus its environmental goals aren’t necessarily similar to those of the companies in the pact. The luxury giant has also stated that it focuses more on results rather than objectives and initiatives, choosing to combat climate change on its own terms. 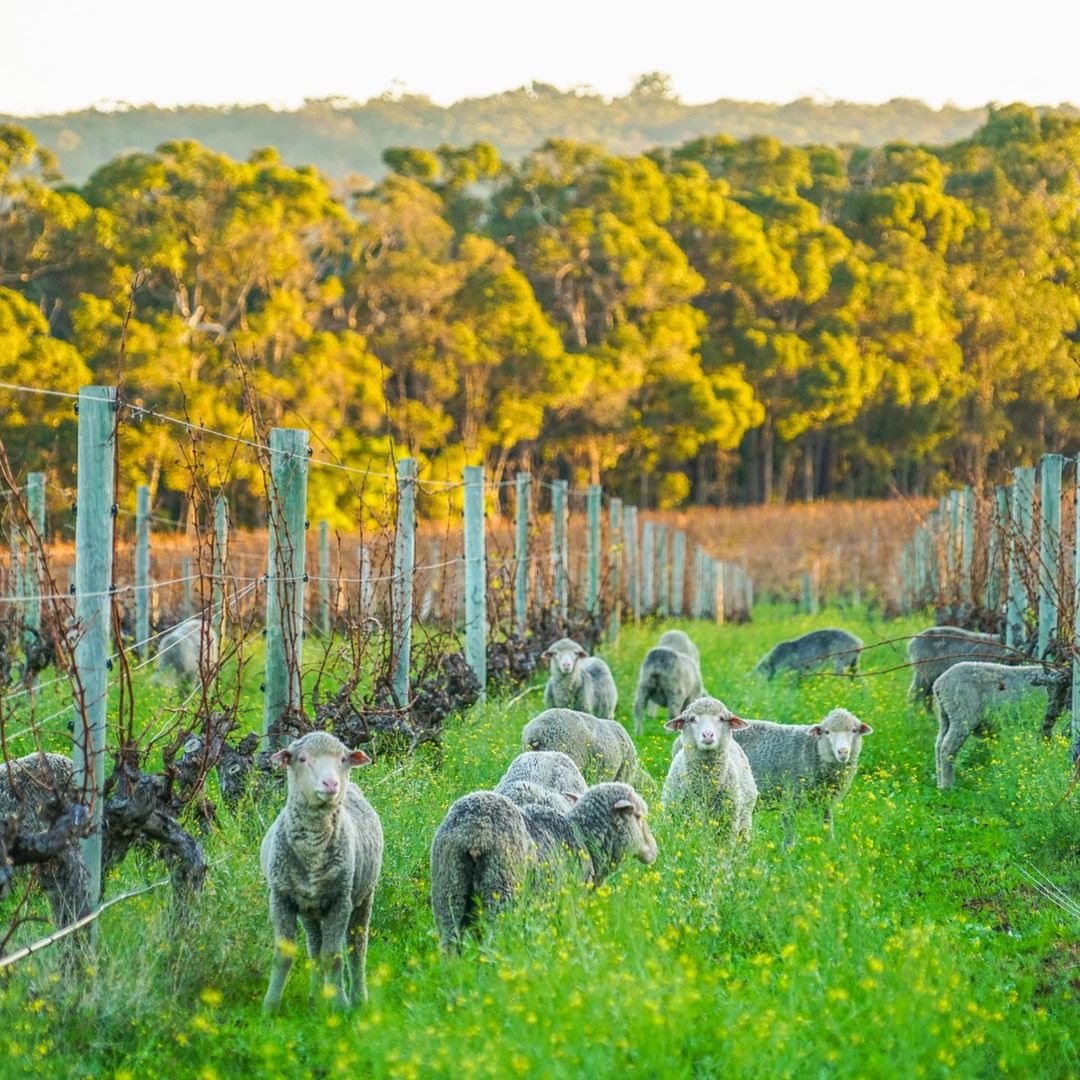 In actual fact, the luxury giant has had an environmental program in place since the early ‘90s. But as sustainability has become a much more urgent issue, the group has made significant investments in its sustainable developments. It recently doubled the amount it contributes to its internal carbon fund (currently valued at nearly €12 million) , which is used to finance efforts to bring down operational carbon emissions, focusing more on reducing rather than offsetting its footprint.

Perhaps the biggest sign of LVMH’s commitment to sustainability came mid last year, when the company took a minority stake in Stella McCartney, the brand that has become the gold standard in sustainable luxury.

As the world’s first vegetarian luxury label, Stella McCartney has been committed to creating ethical and sustainable fashion since its inception in 2001. Her collections are comprised of sustainably-sourced fabrics and high-tech alternative materials, and sustainable practices are always at the forefront of the brand’s mission, living proof of how a luxury fashion brand can successfully build an empire based on sustainability. On top of LVMH’s partnership with McCartney, the designer has also been appointed as special adviser on sustainability to the head of the company, Bernard Arnault, reaffirming the group’s long-term dedication to sustainability.

Burberry is another brand worth noting that is becoming more environmentally conscious. These include putting an end to destroying its old products, which it previously did as a way of preserving its exclusive image, launching a new sustainable collection made from Econyl, a sustainable nylon, and teaming up with sustainable luxury company Elvis & Kresse to ensure that over the next five years 120 tonnes of leather off-cuts will be transformed into new products.

No list of sustainable luxury brands would be complete without including Vivienne Westwood, the original disruptor. The designer is known for infusing activism into her fashion and has always been famous for her environmental agenda. She uses the runway to stage powerful protests, whilst producing collections made with sustainable materials, bringing some much needed attention to the climate crisis.

Besides the sustainable efforts that fashion companies are making, we also see a clear movement towards sustainability across other platforms as well.

Online luxury fashion destinations are making sustainability more visible on their websites, proving that there’s an obvious demand for it. Customers want transparency when it comes to what they’re buying, and fashion e-commerce sites are catering to this shift. Websites such as Net-a-Porter, Matches Fashion and Selfridges have created new platforms featuring edits that highlight brands which meet certain criteria regarding sustainability, offering customers an easy way to identify the brands and products that are mindful of the planet, making sustainable luxury shopping easier.

Fashion’s very own centre stage, fashion week, is where the entirety of the fashion world takes cue from, and where trends are dictated, making it the best platform to show sustainability in an aspirational light. At the Autumn/Winter ’20 womenswear fashion shows that took place earlier this year, sustainability was the biggest buzzword, and we saw brands across the calendar signalling a new green approach to their shows.

Some designers pledged to minimise their carbon footprint, such as Burberry, Gucci and Gabriela Hearst who held carbon-neutral shows, where they offset the emissions resulting from their catwalk presentations.

Other designers infused sustainability into its collection. Marni repurposed old materials by patchworking them, “finding beauty in the leftovers”, according to creative director Francesco Risso. John Galliano put a new spin on upcycling at Maison Margiela, handpicking items from charity shops and reworking them into new pieces for the runway, giving them another life. Gabriela Hearst used a technique of parcelling together antique Turkish rugs to make one-of-a-kind outerwear.

Then there were designers that presented eco-friendly runway sets. Dior surrounded its show space with trees destined for replanting in Paris’s urban areas. Louis Vuitton had bleached pine stadium seating sourced from sustainably managed pine forests which were repurposed after the show. Bottega Veneta’s set was fully recyclable and kept minimal by projecting its backdrop onto white screens.

Positive change, but still a long way to go

While the luxury fashion industry remains relatively far from sustainable in the pure sense of the word, steps by luxury brands towards sustainability still present a positive change, regardless of how big or small. It’s not a trend or a race, and every bit counts when it comes to saving the planet. As we see the industry band together and invest in a more sustainable future, things don’t seem so bleak after all. In fact, all signs point to sustainability becoming the new normal. 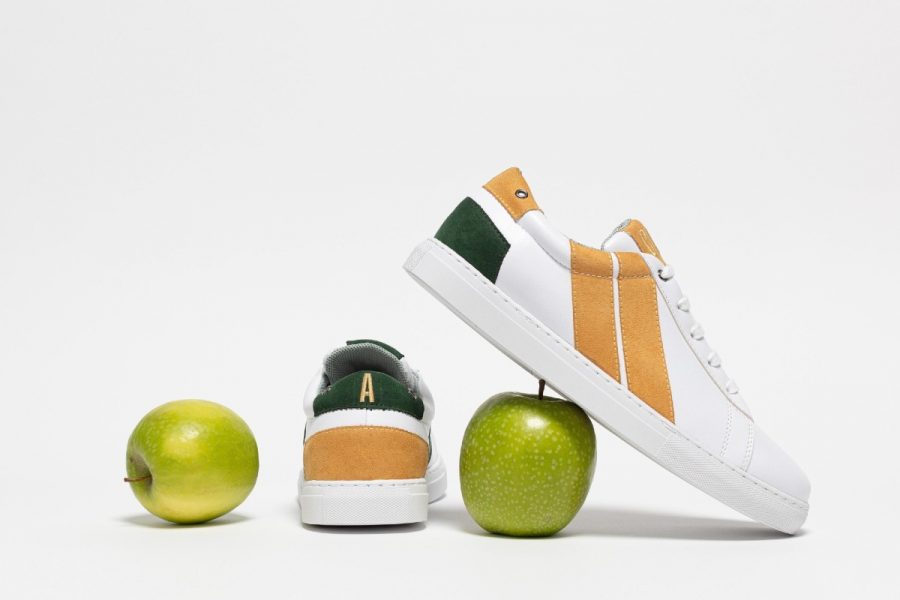 Your Next Pair of Sneakers Could Be Vegan
By Sherelyn Goh