The Real Reason Why Athletes Make Outrageous Amounts Of Money

The freshness, shelf life and perishability of commodities in the world of sport.
Andrew Leci
Wednesday 12 February 2020 Throughout my career as a television sports presenter, the question I was probably asked the most was whether I thought that today’s professional footballers were worth the money they were being paid.

I will have to put a small caveat on that. Almost as frequently I was asked for predictions on upcoming games involving Manchester United, and/or the number of goals, corners, free-kicks and throw-ins I anticipated, not to mention the colour of the shirt the referee might be wearing. You can bet on almost anything these days, it seems.

The actual remuneration for football’s good, great and greatest seemed to be a favourite question, especially for taxi drivers. After the initial peering in the mirror and the, “your face, ah… I know your face… you’re on the radio, right or not?” came talk about football, and having been asked for one “sure thing this weekend… got ah?” the conversation would segue, almost invariably, to the amount of money professional footballers were being paid, compared to, say, taxi drivers. Big money, right? Were they worth it?

It was, and remains, a difficult question to answer, and so frequent did it become that I had to put together some facts and figures before eventually evolving a response that I hoped would satisfy my inquisitors and end the conversations before they became more personal.

Here are some facts. Lionel Messi earns US$655,000 per week. A staff nurse in Malaysia earns, on average, US$174 per week. This would mean that it would take the aforementioned nurse 72.4 years to earn what Messi earns in seven days – assuming he or she could keep working for that long.

An average Singapore taxi driver takes home about US$500 a week. 19.2 years of asking passengers impertinent questions and failing to indicate at turns would, therefore, have to elapse before he (or she) would earn what Messi does in a week. For playing a game.

The disparity is huge, and has led many to label it as both outrageous and even obscene. How can someone who runs around on a football pitch kicking a ball get paid so much more than an individual who saves lives? Or in the case of some taxi drivers, spends a great deal of time endangering them?

Del Potro is back on court! After a successful knee surgery – he is preparing for a return to the professional tour. Do you think that he can make a comeback to the top? 🤔 Or is this one injury too many?. . Repost. Credit 📸: @delpotrojuan

The Value Of Sportspeople

Nurses have to deal with blood, guts, pus and suffering on a daily basis – often a thankless task in difficult circumstances and in unpleasant working conditions. The perception of a professional footballer is that he pitches up for training a couple of times a week; kicks a ball around for a while; jogs a bit; plays maybe one or two 90-minute games in the space of seven days, and spends the rest of the time at photo sessions for branded goods he endorses or is being sponsored by, entwined with a supermodel at a bijou eatery, or exercising his thumbs on a PlayStation/aforesaid supermodel.

As with most issues and arguments there are always two sides, and often more. In having to come up with an answer to the question of whether footballers and other top sportsmen and sportswomen are worth what they’re being paid, the only thing I have managed to come up with is this.

They’re worth exactly what someone is prepared to pay them. No more, no less.

This may sound like something of a cop out, and to a certain extent, it is. But in this modern age of globalism and free markets, with capitalism holding sway in most of the ‘developed’ world, it must come down to simple supply and demand economics.

Barcelona FC wants Lionel Messi to play for them, and will have to pay him what he (and his agent) think he’s worth. If they don’t, he’ll play for someone else. Messi is, therefore, worth US$655,000 a week, as, within the corporate structure of a football club, that’s what the management is prepared to pay its employee.

A mitigating factor in the seemingly anomalous pay scale differential involves the length of time the individual is able to garner such stratospheric wages.

Sportsmen and sportswomen have ‘shelf lives’ – a possibly inappropriate supermarket-related term that refers to the period of commercial viability – thereby justifying the amounts of money being paid to them.

For most sportspeople, they’re a lot shorter than some might imagine, and while a doctor, lawyer or accountant can earn a decent salary for 40 years and maybe more, a footballer has only a brief spell, relatively speaking, in which to make hay while the sun shines.

When age does matter

Here are some more facts. Footballers are pretty much ‘over the hill’ when they get past 30 years of age. We can talk about some exceptions later. It’s unlikely that they will have been earning ‘big money’ in their early 20s, meaning that they will have been able to achieve their maximum income potential for only four to five years out of their entire (playing) careers. Can anyone blame them for wanting to make the most of their small window of opportunity?

A 2013 study by Sports Interaction discovered that in most of the world’s major sports, the average length of a career was only six years – that is around seven times less than someone who would, for example, have trained for and subsequently taken up a vocation.

And how about this for a statistic: the average career in American football, a physical, often brutal game in which no player is ever very far from a serious injury, lasts a staggeringly short three and a half years.

Every time a gridiron player takes to the field, he is aware that a career-ending incident could be just around the cornerback. This is hardly something that engenders a sense of job security. American footballers get very well paid for doing what they do, but when each game could be their last, and early, enforced retirement is a constant potential reality, the reward/risk ratio in their chosen profession at least begins to make some sense.

Interestingly, 78% of NFL (National Football League) players are impecunious/broke/destitute within two years of leaving the game, while 60% of NBA (National Basketball Association) players have to deal with a financial crisis within five years of their final competitive slam dunk. They may be supreme athletes when they’re in their prime and on their game, but it seems apparent that many of them also excel in financial mismanagement. Incidentally, in American football, careers end, on average, at the age of 28… unless you’re Tom Brady.

Generally speaking and almost across the board, scientific studies have revealed that most athletes and sportspeople reach their peak at around the age of 26. The peak itself could almost be represented as a bell curve, although it probably wouldn’t be symmetrical, and there’s even a chance that there may be a plateau at the top. It’s unlikely to be a wide one.

After years of training, honing skills and getting into optimal physical shape, the descent can be precipitous, and I’m sure we can all think of a number of examples of athletes who tried to keep going when their performances and sporting stardom were on the wane.

While Stanley Matthews may have had a career spanning 33 years, and was still playing top flight football at the age of 50, he is the exception that proves the rule, although the ‘Big Four’ in men’s tennis have been pretty successful in turning back the clock of late.

Novak Djokovic, Rafael Nadal and Andy Murray are all in their early 30s, while Roger Federer is a seemingly whopping 37, and shows few signs of slowing down. It’s an incredible fact that the four of them have won 53 of the last 59 Grand Slam singles titles in tennis, and even more remarkable that their influence in a physically (and mentally) demanding sport continues.

But for every Federer, Matthews and even Stanislaw Kowalski (the Polish athlete who’s still competing at the age of 108), there are a plethora of sportsmen and sportswomen whose careers have been cut short. I was intending to add the word ‘tragically’, but feel that we need to maintain a certain perspective.

Marco van Basten, for example, was one of the best footballers of his generation, but a succession of ankle injuries – mostly caused by robust ‘challenges from behind’ before FIFA outlawed such infractions in 1994 – meant that he had to retire from the game at the age of 29, certainly with a few good years left.

At seven feet six inches, Yao Ming was, for a while, one of the biggest (sic) stars in the NBA, but his earning potential was seriously curtailed by a succession of injuries – big toe, left ankle, right knee – leading to his retirement at the age of 30. Basketball is not the most physically demanding of sports, and he could have had quite a few years left – Kobe Bryant played for the LA Lakers for 20 years, only retiring when he was 38.

But if it’s real tragedy that you want, then look no further than Maureen Connolly. ‘Little Mo’ as she was known was nigh on unbeatable at tennis in the early 1950s, collecting nine Grand Slam titles in the space of four years, and then having to retire from the game after a horse-riding accident at the age of 19. She wasn’t even a professional at the time, but the real tragedy is that she died after complications with ovarian cancer with which she was diagnosed, at the age of only 34. We will never know how good she could have been, or what she could have achieved in her career.

For many people in the sporting world, early retirement, for whatever reason, is the equivalent of ‘dying two deaths’ in a single lifetime; one in terms of a career, and one…I’m sure I don’t need to spell it out.

It will always be difficult to get our heads around the amounts of money some of the world’s top athletes and sportsmen are currently being paid compared to pillars of the community who (in the case of nurses, for example) help others and ameliorate suffering. But, and somewhat controversially perhaps, it’s worth bearing in mind that very few people in this world are capable of being sporting superstars, while almost anyone with a decent education and a modicum of empathy could become a hospital practitioner.

Perhaps we should conduct a straw poll and ask whether people would rather play sport at the highest level – be feted by millions, adored by fans and get well paid for playing a game – or clean out bedpans, mop up blood and tell people that their loved ones may die?

While I know which I would lean towards, it’s rarely a matter of choice in this very strange world that we have created and in which we live. For what it’s worth, and for what they are worth, there are many factors that define our perception of genuine heroes, sporting and otherwise.

This article is an excerpt from UNRESERVED’s April 2019 issue from the article GAME OVER. 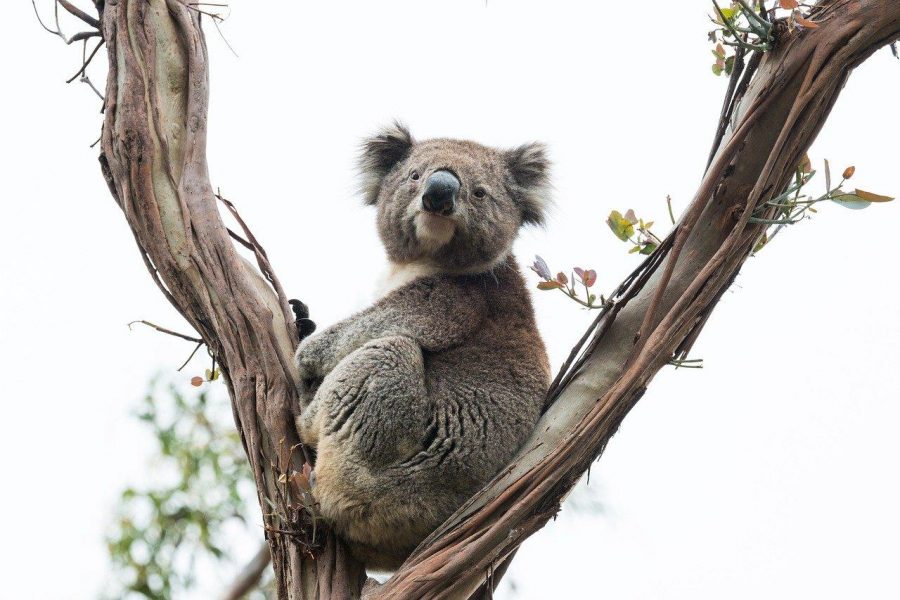 Here's Why the Palu Tsunami Was So Devastating
By