The Rise of Food Artisans in Southeast Asia There was a time when gourmet food items were mostly imported from regions outside of Asia – but the scenario has changed over time.

We take a look at some of the region’s food brands that are revolutionising their local industries.

Malaysia’s cultural diversity has spoiled us with a glorious range of delectable cuisines to indulge in, including local and international fare. With the rise of artisanal food globally and regionally, consumers have the luxury of acquiring items like cheese, ice cream and alcoholic beverages made by local artisans. Entrepreneurs are also breaking boundaries. Mohd Feisal Mohd Norawi, for example, has been cultivating vanilla in Kampung Bangau Parit in Pahang since 2008.

Others have followed suit and are cultivating and processing ingredients. Chocolate maker, farmer and founder of Chocolate Concierge, Ong Ning-Geng, invested in a cocoa farm in 2015 because he couldn’t find local cocoa beans that met his expectations. Today, Chocolate Concierge co-owns a few farms tended by the indigenous Semai and Temuan communities in Pahang. The fresh beans are collected directly from the farmers and processed at Ong’s facility in Kepong, Kuala Lumpur.

Chocolate lovers are spoilt with an abundance of choice, from artisan truffles and pralines, to brittles and barks. Decadent chocolate bars are also available at their counter located at Jasons Food Hall in Bangsar Shopping Centre, Kuala Lumpur. The brand’s reputation has landed its goods on the menus of fine dining establishments such as Bref, Entier, Dewakan, and even Michelin-starred Nouri in Singapore.

Fresh fig jam are restocking up soon!!! . RM16 per bottle . Buy any 3 bottles mix with sambal for only rm 55 . #mutiarafigs #buahtin #freshfig

While growing cacao isn’t unusual in Malaysia, did you know that figs can be grown in the country? Mutiara Figs was initiated by Mohd Hilmi bin Yusoff in his Shah Alam home. As architects, Hilmi and his wife Faridah Hasni binti Ramli have always had a keen interest in landscaping to beautify their home. Planting figs started out as a hobby until the family’s collection grew to 300 varieties of figs. Before the plants bore fruit, their daughters Ilani Hana Masturah and Aliyaa Suraiya began experimenting with the leaves to create a medicinal tea that could reduce the sugar levels of diabetics.

On top of the fresh figs and tea, they also craft unique local food items such as fig sambal with anchovies, fig relish and fig jam. Mutiara Figs is available online and is also served at elegant establishments such as Curate at Four Seasons KL and Flock, W KL.

These vermouth were served as an aperitive yesterday a friend's birthday and the empty bottles is a good proof that everyone has more than one glass! #eilinglimvermouth

If consuming locally grown figs piques your interest, a nangka-flavoured gin might just take it to another level. Eiling Lim, an ex-marketing and business admin executive, is well-known as Malaysia’s first independent whisky distiller. What draws whisky connoisseurs to her products is the distinctive range of gins that incorporate the Malaysian flavours of pandan, jackfruit and galangal. Funnily enough, Lim wasn’t a fan until she tasted her first single malt whisky when she was 25, from an independent bottler. She was then determined to introduce more distinctive whiskies to the Malaysian market by starting the business with her husband, Luc Timmermans, in Belgium three years ago. Today her products, which include the Pandan Predator, Nasty Nangka and Gawky Galangal, are available in five-star establishments such as Bar Trigona at the Four Seasons Hotel, Kuala Lumpur, and Seven Lobby Bar and Lounge at the RuMa.

One of Indonesia’s leading purveyors of artisan food products, Javara, was founded by Helianti Hilman in 2008. It isn’t just a one-product brand. It sells over 600 artisan food products, working with over 50,000 smallholder farmers across the country to preserve biodiversity and introduce community-based organic products to broader markets.

Their business strategy is also aimed at helping farmers to move up the value chain and increase their income to get out of poverty. Javara also trains over 3,000 food artisans to maintain high food safety and consistent quality standards. In a 2018 interview, Helianti said she realised that marketing organic food to Indonesians was a limited market and so decided to export the products, which turned out to be a smart move. Today, it is estimated that Javara’s business consists of 55% exports and 45% within Indonesia.

Indonesian artisan chocolate brand Krakakoa which was founded in 2013 has come a long way since making its debut. The brand just successfully expanded its portfolio with a new shop in Ubud, Bali, following its first store launch in Seminyak in 2018. Just like Javara, Krakakoa’s decadent products are made from 100% Indonesian cocoa beans, bought from smallholder farmers at a higher price than the fair trade minimum.

As a company that sources beans directly from farmers, we're committed to conserving the wildlife and the ecology of the originated beans. To galvanize environmental conservation, 50% of our revenue from Single Origin Bali bars will be donated to our partner @begawanfoundation for #earthday2020. Through this donation drive, we can do something to help the environment while we #stayhomewithchocolate Visit krakakoa.id now to get your own Single Origin Bali chocolate bars. #stayhomewithchocolate #chocolate #coklat #newtrends #healthy #sustainability #begawan #deliciouschocolate #yummy #stayhome #dirumahaja #beantobar #selfquarantine

They also train and equip farmers with the tools and knowledge to improve cocoa bean quality. Their shops display the brand’s award-winning cocoa products that include chocolate bars, barks and cacao nibs. Store visitors can indulge in Krakakoa’s signature Frozen Hot Chocolate, brownies, chocolate chip cookies and chocolate cheesecake, all freshly made daily.

Singapore is also a leading player of artisan food products in Southeast Asia. From salted egg cereal chocolate bars to homemade kombu butter, these finely crafted foods aren’t just perfect treats, but also make for perfect gifts. In recent years, the local industry has witnessed a rise in unique artisan foods that have been well crafted by its producers. Unlike large factory operated goods, these items are produced with much care.

The Brass Lion Pahit Pink Gin brings on familiar expressions of holiday spices with robust cinnamon, cloves and star anise. A perfect sipping gin, best had on the rocks 🥃. All you need is our Pahit Pink Gin, ice and some orange slices/peel to bring out the flavours! Alternatively if you want something lighter, add ginger beer (1part gin to 3 parts ginger beer) for that refreshing perk! #singaporegin #supportlocal #pinkgin #pahitgin #brassliongin #visitsingapore #cocktails #gin #brassliondistillery

Another nod to local cuisine is Tempeh Culture’s efforts to bring the goodness of homemade tempeh to consumers. The brand was founded by a Singaporean household that consumes tempeh as an everyday staple. Accustomed to the freshness of homemade tempeh (a wonderful source of plant-based protein), they couldn’t find anything that came close to what they usually have at home. Their tempeh is made according to a traditional family recipe that uses organic non-GMO soybeans grown in Australia. It takes three days to produce each. Tempeh Culture also sells a DIY kit where you’ll find all the essentials to make your own tempeh.

How to order? Easy! Just talk to us here on Instagram or drop us an email on what you’d like. We’re still a really small outfit so for now, we’re going by batches and self pick up on weekends at Newton MRT. Once your order is confirmed, we’ll send you an invoice. Every purchase is made to order so the little bag you get is truly yours. Be sure to check out our site for the range!

Local ingredients have indeed inspired many to craft amazing products. Straits Preserves founder Sharon Lee falls into that category. It was, after all, an abundance of tiny ripe calamansi limes in her garden that encouraged her to create her first marmalade recipe. After going through various refinement processes, this particular marmalade named Tropical Calamansi won The World’s Best International Marmalade Award 2012 in The World’s Original Marmalade Awards in the UK.

She replicated that win in 2017 when she struck gold at the World’s Original Marmalade Awards for her Ginger Garden marmalade, which is a combination of zesty lime and grapefruit-based preserve spiced with ginger, turmeric and cardamom. Another fan favourite, the Singapore Sling, is inspired by the famous cocktail created in 1951 at The Raffles Hotel Singapore. The combination of orange, pineapple, lime, lemon and natural cherry flavours is delightfully refreshing on the palate.

FAQ: Where can I purchase a bottle? We are stocked at @finestfoodsg @coldstoragesg @redmartcom @goodsomeco 🛒🛒🛒We hope you find us! 😉 #cocolocosg

The brand prides itself on carefully cold-pressing their beverages to lock in the maximum nutritional value of all the ingredients, each promising zero preservatives, colourings or added sugar. The process involves extracting the juice from fruits and vegetables, while the cold press method has been proven to preserve the nutritional value of the raw fruit more effectively than other methods.

What is Artisanal Food Production and How is It Changing The World? 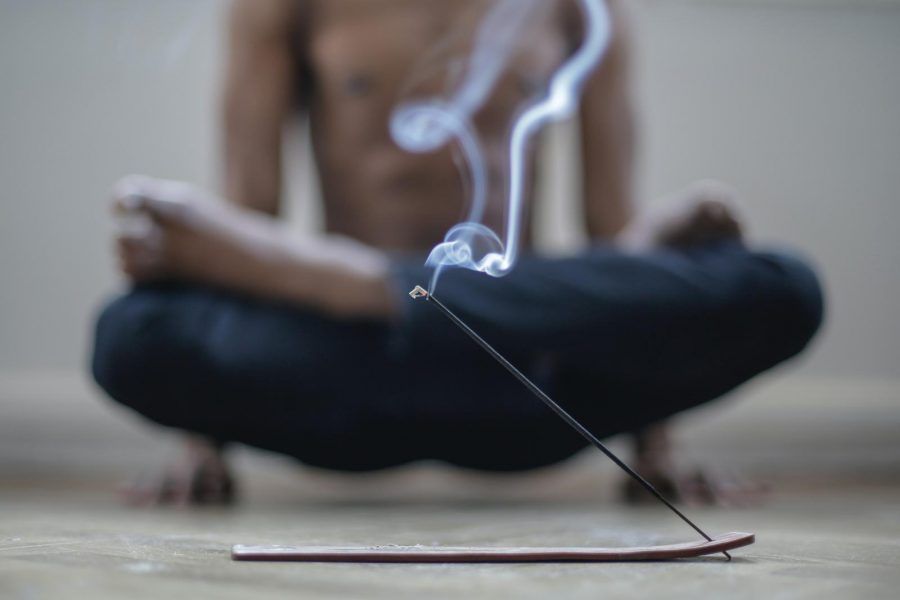 Your Virtual Fitness and Wellness Guide During COVID-19
By Jyy Wei
Would You Pay US$1,000 For A Durian?
By