The Selfie Epidemic: A Matter of Likes and Death 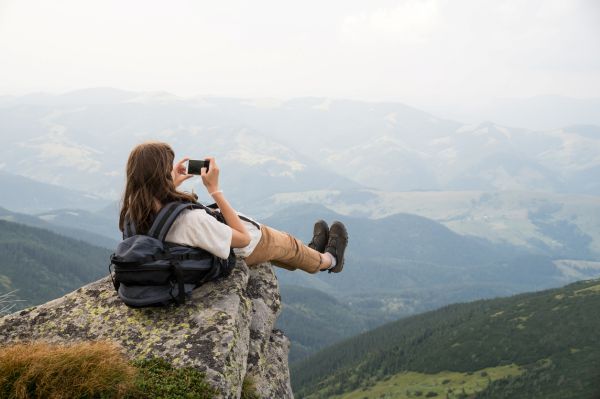 How far is too far? Photo: iStock

Let’s face it, we’ve all gone a bit too far to snap that perfect shot. We perch a little too far on the edge, scale a bit too high up to get that right angle and even attempt to stop traffic for our Instagram feeds. But how far is too far?

For those who don’t know where to draw the line, the selfie and the wefie are old news. Enter the killfie – that killer shot taken on the spur of the moment, while deliberately risking your life that would inevitably result in death…as many have.

For social media influencer Gigi Wu, it went horribly wrong. The 36-year-old Taiwanese was popularly known as the “bikini hiker” by thousands of her online followers. She made an impact with the gorgeous snaps she took of herself clad in a two-piece swimsuit on top of some of the world’s highest peaks.

In January 2019, Wu ventured on a solo hike up Taiwan’s Yushan Mountain. As she made her way up the Yushan National Park, which is home to Taiwan’s highest peak, Wu fell down a steep 30-metre ravine. Unable to move her lower body, she scrambled for her backpack and reached for her satellite phone.

She managed to contact her friends to alert them of her condition and gave specific coordinates of her location. Unfortunately, help arrived too late. Bad weather delayed rescue efforts and Wu’s body was recovered two days after the fall. Official reports confirm that she had died of hypothermia. Last year, during an interview on a local Taiwan channel, Wu, an experienced hiker was asked why she went to great lengths for the sake of a picture. She replied, “It just looks so beautiful, what’s not to like?”

That’s not the only tragedy to befall an influencer. In October 2018, travel bloggers Vishnu Viswanath and Meenakshi “Minaxi” Moorthy plunged to their deaths at Yosemite National Park after falling 244 metres from Taft Point. The couple was believed to have been trying to take a selfie.

There was also the YouTube trio that perished at Shannon Falls in British Columbia last July. Megan Scraper, one of the members of the daredevil group, slipped when she stood on the edge at the top of the falls. Her two friends and fellow YouTubers, Ryker Gamble and Alexey Lyakh dove in to save her but the strong currents swept them away. All three plummeted 30 metres down the raging waterfall. It was believed that they were filming a segment for their High on Life YouTube channel where daredevil deeds titled, “Epic cliff jumping and waterfall slide (EXTREME DANGER)” are the norm.

But not all those who die for the gram are social media influencers. Ordinary people make up an even bigger number of these deaths. A study by researchers from the All India Institute of Medical Sciences in New Delhi reveals that over 259 people have died taking selfies between October 2011 and November 2017.

The study called Selfies: A Boon or Bane? published in the Journal of Family Medicine and Primary Care drew specifically from resources and media in the English language, they suggest that many more selfie-related deaths have gone unreported, citing that the numbers presented are “just the tip of the iceberg”.

India is known to have the most reported selfie-related deaths, and by a lesser margin, countries such as Russia, the United States, and Pakistan also make up a large number. An article on the Australian Broadcasting Corporation suggests that India’s higher death rates are likely due to its strong visual culture impact. Younger men are found to be more likely to take bigger risks than women.

In another study by a group of clinicians from Turkey, out of 111 selfie-related deaths reported in the media from December 2013 to January 2017, the most deaths are from drowning at 41.6%, and 72.3% of these deaths happen almost instantly at the scene of the accident.

But why do people tread on dangerous ground for the sake of a couple of likes? As an article in The San Diego Times pointed out, we do it because it’s probably a way of measuring our self-worth.

Admittedly, we’re all guilty of it. We eagerly anticipate the likes to pop up on our phone screens as soon as we post a photo and whether consciously or subconsciously, some of us tend to measure popularity by the number of likes or the number of followers garnered. It’s normal human behaviour to want to be accepted by others, but just like everything in life, there’s always a limit.

This article is an excerpt from UNRESERVED’s July/August 2019 issue from the article A MATTER OF LIKES AND DEATH.

Related: What You Need to Know Before Visiting This Deadly Beauty