Catch up with the filmmaker from East Malaysia.
Mikha Chan
Monday 20 January 2020 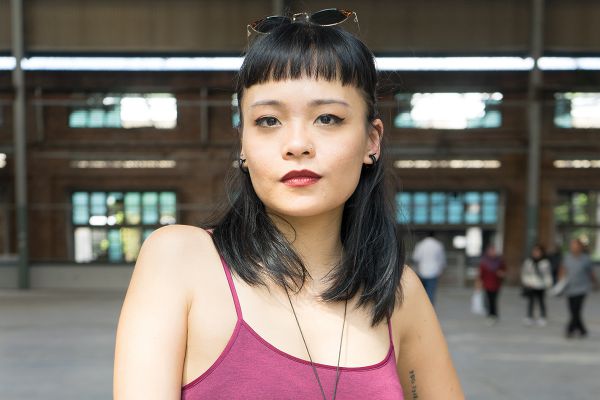 Learn how Nadira Ilana got started as an independent filmmaker.

She has been on the panel of judges for the BMW Shorties short film competition for the past few years, and currently advises the government on East Malaysian filmmaking. Nadira spoke to us recently about her decade as an independent filmmaker, how passion can be construed as aggression, and about amplifying the voices of East Malaysians worldwide.

How did you get started as an independent filmmaker?

Like a lot of people who started making films, I just loved cinema. I wanted to learn what the process was really like. It wasn’t until much later that I discovered Southeast Asian cinema while studying abroad. I wanted to go home to Malaysia, because I was studying abroad at the time, and I realised then that I really wanted to tell stories that were of home.

But when it came to Malaysian stories, a lot of the stories were very Peninsula-centric. That goes the same for history books and our media in general. When I made The Silent Riot in 2013 for myself, or at least for people from my generation, it was the first time that I had ever seen a Sabahan on the big screen… and it was because I had made the film myself. That started my journey in trying to explore identity, and why it was that even as a young Dusun person, I grew up not learning my language or anything about my heritage.

I did another couple of short films after that, including Lastik, which was for Astro and the My Hometown series. That one was about Sabah’s independence, told through an analogy using children to play the founding fathers in Sabah.

Later on, I did one of the more challenging projects I’ve had, called Big Stories Bongkud-Namaus. That was an Australian-Malaysian co-production, in which I was tasked with going into a kampung in Ranau, Sabah. I did a year-long film residency, where I worked together with the community there to enable them to tell their own stories through photos and videos.

We got the community and the ketua kampung (village head) to tell us what stories they wanted to tell. They were the ones who did the interviews and the research behind it. What that culminated in after one year was a film festival in rural Sabah with a thousand people. It was the most fun I’ve ever had in my life.

What difficulties have you faced introducing East Malaysian stories to other Malaysians?

In the beginning, it was very difficult for me to introduce people in Kuala Lumpur to Sabah’s stories. At the time, people would still say, “oh, you’re from Sabah, welcome to Malaysia”, or would not think of us as part of Malaysia.

I think that people who saw my stories felt a little conflicted. Some would complain, saying “oh, the quality is not that good”, not knowing that we have a lot less resources to work with in Sabah. I was also very young at the time, so I was still learning how to improve my technical abilities. People had such strange expectations of what an East Malaysian story is or should look like, because they were so used to seeing us in the context of tourism advertisements. Living in the jungle, that kind of thing. It was unimaginable for many of them to see us in an urban setting. They didn’t have any context for my stories, history and traumas.

So I started independently programming short films for independent filmmakers across Malaysia. I put together an East Malaysian short film programme, which was screened at the Urbanscapes festival a couple of years ago. That was the first time some people said that they watched Sabahan and Sarawakian short films back-to-back. It was only there that people realised that East Malaysians have a voice of our own.

The issue with that, even till today, is that you have many stories of Borneo told by Semenanjung (Peninsular) filmmakers that don’t actually reflect who we are or our culture. We have an issue with what I call “Malay-washing”, where they keep getting Malay people to play Kadazandusuns in films or Ibans in films.

That becomes problematic if you know about Borneo’s history in Malaysia. When Malaysia was formed, East Malaysia was told to suppress its native languages. We were restricted from the radio, the languages were restricted from schools, and that’s why my generation doesn’t really know too much about itself. And so when you have famous Semenanjung actors come and play us in those movies, it actually aggravates the problem, albeit in a very innocent way.

I’ve been trying to advocate East Malaysian stories told from their own perspectives – an approach I think relates to minorities in general. Minorities should be able to speak for themselves, or else that’s just colonialism.

In terms of my role of advocating for better East Malaysian stories, I have directly but also indirectly affected the community, because I’m very noisy. I’m very outspoken and have been quite aggressive about representation. And I’ve been really lucky to find people and partners who believe in the same values as I do, and believe that they want to see more different stories coming out of Malaysia.

When I first started, I had people who I was working for telling me to stop speaking in a Sabahan accent and to speak in a normal Malaysian accent. I had gone for pitches where they told me flat out that I could go “Bornean”, but not too Bornean. You know, you can show the East Malaysian, but don’t show the East Malaysian unless they’re flying back from Semenanjung.

So there was always this otherness I was not comfortable with. I was not allowed to tell my own stories from mine and my family’s perspectives, something I felt that people in East Malaysia, who are inherently Malaysian, would enjoy.

People have described you as “aggressive” in fighting for representation. How has this affected you?

Another word for it would be “passionate”. People who are on the receiving end will think I’m aggressive, obviously. But these things have to be said. The oppression to me and my people is just so direct and in-your-face.

I remember when I first started that people were saying: “What is Malaysia Day? Why do we have to celebrate Malaysia Day? Malaysia Day is just for Sabah and Sarawak”. That is very offensive to me because, well, I am Malaysian. I grew up singing Negaraku. I grew up with the Rukun Negara, and listened to all the Malaysian bands anybody else has listened to here. To have my own industry tell me that I don’t belong as part of this nation’s narrative is very hurtful. I’ve been quite surprised. There are so many things people say you can’t say in Malaysia, and somehow I’ve managed to get away with it. I think that a lot of that comes from – without tooting my own horn – my authenticity.

I believe that everybody deserves to have a voice and to be free from oppression or bullying. People would say that I could lose many jobs because of it, but I’ve been very fortunate to have good people, even all the way up to the federal level, who believe in what I have to say.

At the end of the day, I hope as a filmmaker that anybody of any status and heritage, even if they’re refugees or immigrants – LGBT, even – can find room to tell their stories. Yeah, because Malaysia sudah Merdeka (Malaysia’s independent now), so why not? That’s really the true spirit of independent filmmaking.

Would you tell stories from Peninsular Malaysia as well as from East Malaysia?

I’ll go wherever the story takes me. Two years ago, we did a story called Anak Pokok, which followed a couple of recruits for an NGO that teaches young village people about the conservation of Malaysia’s rare species of trees. The problem with film here is that mostly only certain people of privilege get to tell their stories through film. However, I like the idea of being able to shine the lens on the real heroes doing the conservation work.

Titled in English as Saplings, Anak Pokok was screened at the South by Southwest community screening, where we got second prize. The coolest thing is that one of the judges was Richard Linklater, who did the Before Sunrise and Before Sunset series. I grew up watching his films, he watched our film from Malaysia and gave us a prize for it. So no issues telling stories in West Malaysia. A good story is a good story.

This article is an excerpt from UNRESERVED’s January/February 2020 issue from the article THE WATCH LIST: NADIRA ILANA. Getting To Know The Gorgeous Cinta Laura Kiehl
By Sherelyn Goh