Sponsored by Perrier, The 2020 list of Asia’s 50 Best Bars was announced over a virtual awards ceremony in May. The fifth edition of the annual ranking features eight new entries and sees Jigger & Pony clinch the top spot and take home The Best Bar in Asia and The Best Bar in Singapore awards.

The concept bar was co-founded by Gan Guoyi and Indra Kantono. This award-winning bar specialise in re-imaginations of classic drinks and debuted on the Asia’s 50 Best Bars list in 2016, and was ranked #9 last year, winning the Highest Climber Award after rising 33 places in the list. 50 Best soldiered on to publish the 2020 list to provide recognition to the bars’ and their teams’ hard work over the past year. It’s also a great way to instill optimism and positivity within the bar industry as the continent begins to reopen in the midst of lockdowns due to the COVID-19 pandemic.

For the first time, Asia’s 50 Best Bars also announced a series of special awards to these fine establishments that successfully made their way to this year’s prestigious list.

Four Season Hotel Kuala Lumpur’s eclectic cocktail bar nabs this special award for the second time. Bar Trigona serves intricately crafted concoctions using indigenous and sustainable ingredients. Whether it is a small-batch of raw honey from an organic farm in Negeri Sembilan or wild turmeric harvested in Pahang or tropical fruits from a Bangi organic farm, the ingredients are all locally sourced.

Patrons are warmly ushered into the hotel bar, which is inspired by the 19th-century Golden Age of cocktails and fine drinking. The craft cocktail journey extends to its unique rickhouse, used to finish whiskies and spirits, and to age bitters and single-cask cocktails. Founder, Jay Khan saw a gap in the market for a bar specialising in agave spirits and decided to open the Mexican-inspired cocktail bar in 2017. His vast experience of spending over 10 years at renowned bar spots in Melbourne, Macau and Hong Kong inspired him to share his repertoire of artisanal cocktails using a wide range of Mexican spirits with his patrons. No Sleep Club, Singapore – Campari One To Watch

This accolade was presented to a rising-star bar selected by the organisers of Asia’s 50 Best Bars as having the potential to break into the list in the future. This newcomer is spearheaded by bartenders Juan Yijun and Jessica Hutchinson. The all-day bar and restaurant exudes a welcoming laid-back ambience and is known for its selection of innovative cocktails. The venue’s owner, Aki Wang has established himself as one of the leading lights of Taipei’s bustling cocktail scene. Sealing a stellar reputation for injecting a distinctively Taiwanese twist to international bar trends, the purple-lit bar is where one can enjoy creative cocktails using liqueurs that are made from hand-picked native teas. Following the success of its flagship in Hong Kong, The Old Man’s first overseas branch opened in Singapore in 2019. The unique bar concept draws inspiration from Ernest Hemingway’s iconic 1952 novel. Helmed by head bartender and managing partner, Andrew Yap, the cocktails pay homage to Hemingway’s favourite libations, each executed with an Asian touch. Furnished with a secret entrance and dimly lit interior, this speakeasy bar is inspired by the 1920s Prohibition era that helped them create a hidden haven. Drinkers get to enjoy an array of Roaring Twenties cocktails that are crafted with an inventive twist, as well as off-menu specials such as the John Lennon-inspired Strawberry Fields. This joint is a serious craft cocktail cove where the art of ingredient-focused Japanese bartending is combined with the speed and efficiency of American drink-making. Taiwanese whiskey, along with Japanese whisky and gin, are the key players, which are built into a menu rich in local ingredients like goji berries and countless tea syrups, from oolong to jasmine to pu’er. 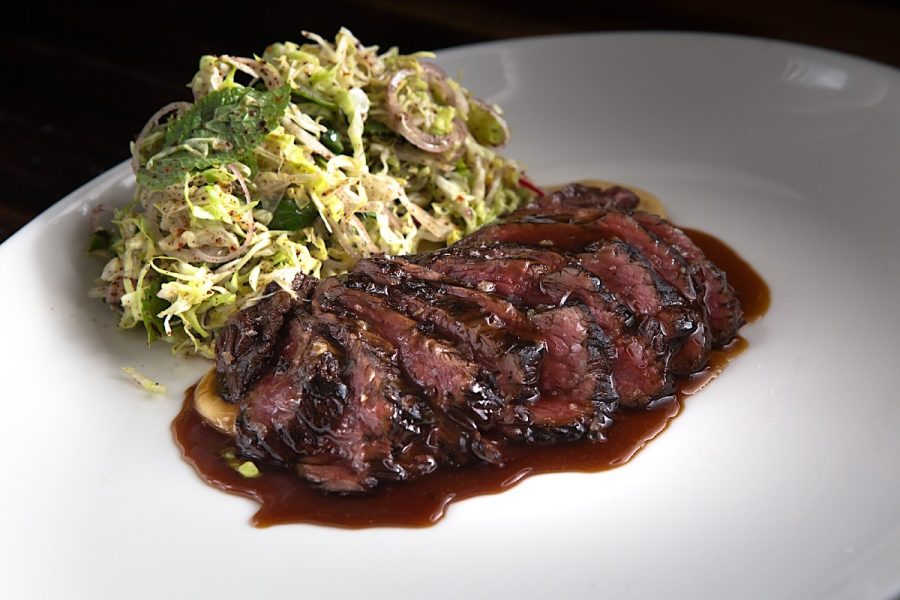