This Taiwanese Man is Riding His Bicycle Across the World

Jacky Chen embarked upon a challenge after quitting his job as an electronics engineer.
Lainey Loh
Friday 14 June 2019
He has already travelled 64 countries, across some 54,000 kilometres. Photo: AFP

The 40-year-old Taiwanese man decided to ride his bicycle across te world. He has now traversed the Americas, Europe and parts of the Middle East, sleeping in his tent or finding places to rest his head through apps like Couchsurfing.

In recent days, Chen has been in Jerusalem, taking in the sights and plotting his next rides on his red and black Merida Wolf 3 cycle. “This is an adventure,” he said of his reasons for setting out on the journey, which has so far taken him to 64 countries and across some 54,000 kilometres. He hopes to visit 100 countries and travel 100,000 kilometres before he’s done and estimates it will take him about another three years.

Speaking at Jerusalem’s Mount of Olives, a panoramic view of the Dome of the Rock and the Old City in the distance, Chen said he prefers not to do much research on places before his arrival so he can have his own initial impressions. “This city surprised me,” he said of Jerusalem, holy to Christians, Muslims and Jews and the epicentre of the Israeli-Palestinian conflict, but which also has a modern side and a population of nearly 900,000. “It is a big city but it is historical.”

Some of the toughest moments he has had so far involved travelling through snowy weather, he said. But in terms of danger, Chen said he has experienced very little apart from nerve-wracking moments when cars and lorries pass too closely to him on the road.

He began in the US state of Alaska, has seen Machu Picchu and Paris, and now heads to Jordan before crossing to Egypt and cycling down the eastern side of the African continent. He will then move on to Asia to complete his odyssey.

Chen is by no means the first to set out on such a trip. In 2017, Scottish adventurer Mark Beaumont set a world record by cycling around the globe in 79 days.

But Chen isn’t after a record, preferring adventure over accolades. “The amazing thing is always the people I meet,” he said, with the words “I am Jacky. I come from Taiwan” written on the back of his shirt.

Related: What You Need to Know Before Visiting This Deadly Beauty 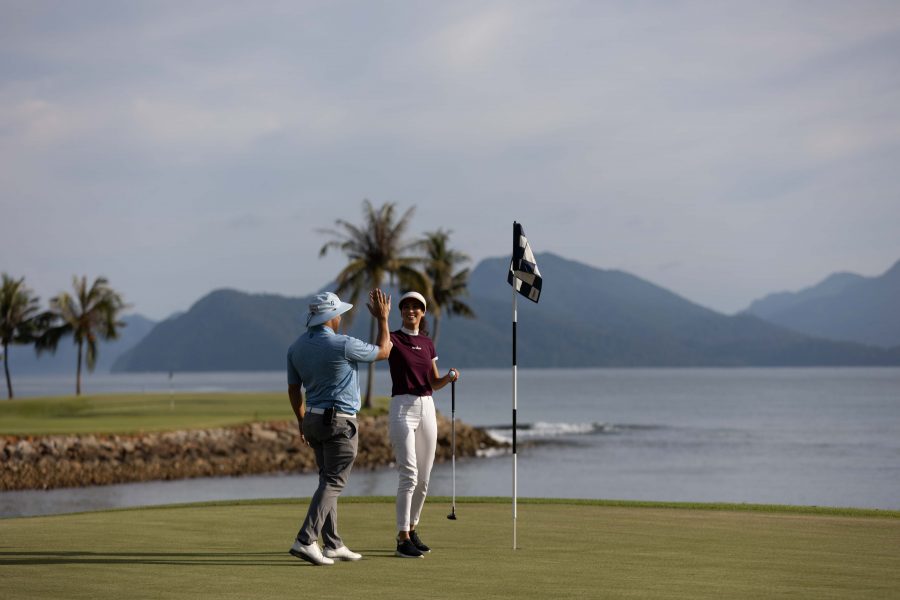 Did Deborah Henry Make a Hole-in-One at The Els Club in Langkawi?
By Frank Nelwan
The Most Beautiful Christmas Markets In Germany To Visit
By By Sherelyn Goh