The 10 Top International Schools in Singapore

Your insider's guide to these prestigious establishments in the city state.
Hayley Holle
Thursday 7 January 2021 Excellence is the name of the game at these 10 schools. Photo: iStock

*This article was first published in the January/February issue of 2019.

Singapore offers a staggering 83 international schools. Choices galore for Asian parents, but often with a substantial price tag attached. Currently, Singapore seems to favour the IB programme over British A-Levels, scoring among the highest IB results in the world.

No accepted standard can directly compare these culturally different schools, so we look behind the state-of-the-art campuses and the glossy prospectuses and have a chat with parents, students and registrars to get the scoop on what it’s like to be a secondary student at one of these coveted establishments.

ACS (International) opened its doors in 2005 and is the most recent addition to the historical family of six Anglo-Chinese Schools. What sets this place apart is its Methodist ethos, weekly chapel and the moral compass with which they arm their pupils.

It’s fully inclusive to pupils of all faiths and nationalities with a focus on leadership, fulfilling intellectual potential and developing moral character. Student to teacher ratio is kept low at ACS where 45% of pupils use English as a second language. Although small, it has a great location in the picturesque Holland Village and has been recently fully renovated. The campus is bright and pleasant with libraries, 12 science labs and a fully air-conditioned sports hall. At least 40 extracurricular activities are on offer, including eight uniformed groups and a fleet of international-class racing canoes.

ACS (International)’s sister school ACS (Independent) has an impressive alumni and notably produced Singapore’s first Olympic champion, Joseph Schooling. More than 45 Singaporean Cabinet ministers have been schooled at ACS as well as a string of artists and musicians. Kevin Kwan, author of the bestselling satirical novel Crazy Rich Asians, is just one of the many movers and shakers of the ACS alumni. The International branch of the ACS brand is sure to produce its own roll call of who’s who if it follows in these historical footsteps.

CIS is delivering consistently strong results in a warm easy-going environment. Like most things Canadian, it’s hard to find a bad word to say. Thirty percent of teachers are recruited from Canada whilst the remaining staff constitute 25 nationalities.

CIS is a keen advocate of the STEAM system, an interdisciplinary method that integrates Science, Technology, Engineering, the Arts and Mathematics. In their own words: “STEAM helps our students make connections across subject areas as they invent, analyse and explore concepts. This mode of learning is motivating and engaging because it is relevant and relates to the real world.” CIS is well positioned in the international school landscape due to the increasing popularity of Canadian universities.

AIS is a community spirited, non-selective school. “Globally focussed, distinctly Australian,” it ticks all the boxes balancing academic expectations with sports, the arts and personal development. AIS follows the Australian academic calendar, running from January to December and is part of the Cognita group of schools.

Sports is massive at AIS. They support 100 competitive teams committed to a dizzying 500 sports fixtures in 10 different countries a year. Good sportsmanship and inclusiveness is a must, giving all students an opportunity to participate, develop and excel. It is an honour indeed to don the gold and green AIS sports jersey. The campus has impressive music, performing arts and tech amenities.

Dulwich College Singapore is the 7th school in the expanding Dulwich College International family. The prospectus proudly emphasises its 400-year history as a leading British Independent school. Parents love Headmaster Nick Magnus for his cheerfulness and sincerity and are choosing the pukka British knee-high socks and blazers brand, bucking the trend against “modern internationals”. Having said that, Dulwich has opted for the IB programme and not A-Levels.

Interesting also is the IGCSE programme which starts in Year 9, making it a 3-year programme instead of the usual 2 years. Another dynamic step is the incorporation of the STEAM teaching method – a cross-disciplinary approach integrating Science, Technology, Engineering, the Arts and Mathematics.

Opened in 2014, this school boasts brand spanking new award-winning architecture. The spacious five hectare campus has plenty of greenery and its own brickwork clock tower and slightly Disney-esque church façade. A fully commissioned six-tonne pipe organ, a S$1 million investment, will be the centrepiece of the college’s mega music programme.

A double whammy of British ethos and international vision, the Dulwich brand is ambitious and its enthusiasm is palpable. Dulwich has yet to record scores for the IBDP as 2019 will be its first graduating year (the results above are for the international family of schools). The group of schools are running very well and delivering good examination results.

Hwa Chong International established in 2005, quite simply delivers outstanding results. The graduating cohort has rocketed from 18 students in its opening year to 117 students in 2018. An entrance examination and interview is required in order to gain a place at this hothouse of academic excellence; academics are undoubtedly the order of the day.

Half of the school’s students are Singaporean, whilst the other half comprises international students hailing from 20 different countries. Asian values are favoured and the school is proud of its Mandarin programme which pledges to bring your child’s level of Chinese to an extremely proficient level as proven by their remarkable 6.3 – 6.8 IB points average across Standard and Higher level Mandarin and Chinese literature.

Boarding is offered in a somewhat functional capacity. Hwa Chong endeavours to make links internationally and offers school trips around the world, whilst community projects and extracurricular activities are supported. It’s a relief to hear it’s not all about the classroom as the best news is an exciting performing arts centre and a student activities hub that is being planned within a new four-storey teaching wing. Nevertheless, the overall tone is one of academic distinction.

SAS occupies a stunning 36-acre campus inclusive of two acres of dedicated rainforest which serve as a living laboratory for science classes. It is one of the top three outstanding schools in Singapore. SAS very much caters to the American community or those who work for American companies. Although 56 nationalities are represented, these top four nationalities outweigh all others significantly: 54% US, 10% India, 8% Singapore and 6% South Korea.

SAS offers the American High School Diploma. Advanced studies comprise Advanced Topics (AT) and Advanced Placement courses (AP) which are recognised by colleges as a rigorous course of study. SAS offers over 40 advanced study courses. Eighty five percent of SAS students move on to American universities (many of them Ivy League), 6% to Canada, 4% to UK and 2% to others.

SAS takes pastoral support seriously – every SAS high school student belongs to a small advisory group with a mentor that helps them track their progress, set goals, discuss and solve learning issues. Furthermore, 74% of the dedicated teaching staff have masters or doctorate degrees and the average tenure is 7 years.

Everything at SAS is on a grand scale. It hosts more than 20 major art, dance and drama productions annually; runs 250 clubs, service organisations and after-school activities as well as 35 competitive boys’ and girls’ sports teams. The facilities are exceptional and understandably, student happiness and development scores very highly. This school runs like a well-oiled machine delivering on all aspects of an American-focussed education within an international environment. Demand for places is high.

This action-packed school opened its doors in 2007 to 100 students. In less than eight years the student body has exploded to 1,700 pupils. Part of seven non-profit Lasallian schools in Singapore dating back to 1852, SJI International is driven by the same values of the long established SJI. Although firmly based on a Catholic foundation, it is diverse, inclusive and espouses a caring ethos nurtured by dedicated staff.

Academic excellence is at the heart of things, but student well-being is supported in this metropolitan pressure cooker. There is something for everyone at this school. Team sports are firmly encouraged and SJI International participates in both ACSIS, the international schools of Singapore association, as well as SSSC, the Singaporean Schools group, thereby providing many opportunities for competition.

Individual sports and extracurricular activities range from Model United Nations, taekwondo to ukulele, gamelan, yoga and hip hop. A bi-annual production provides a platform for all aspects of the performing arts. There are absolutely no excuses for not getting involved in something. Watch out Grades 9 and 10 – the National Achievement Award (known as the Duke of Edinburgh Award) is compulsory.

This extremely well run school is the only school to offer both the IB and the A-Level pathways. The lively atmosphere crackles with enthusiasm and potential. Tanglin Trust is a not-for-profit school and since its inception in 1925 has ploughed money back into creating an outstanding school on many levels.

The facilities are better than many universities’. Nearly 70% of the pupils are British and you can’t help but notice the swish of blonde hair and plummy accents. It seems the formula for the outstanding results in this non-selective school is the exceptional pastoral care – a shining example of what pastoral care is all about. By the time the children get to sixth form, they are well-balanced and prepared for those tough final two examination years.

There is huge support for the pupils from teachers, counsellors and tutors to ensure the heavy workload is coped with as best as possible. Physical education is an integral part of the syllabus and team sports are highly encouraged. There is passion for film at Tanglin which recently hosted the Across Asia Youth Film Festival.

Incredibly, the school offers film studies at IGCSE, A-Level and IB. A new facility has Mac computers loaded with packages including Final Cut Pro X for video editing, Cinema 4D for 3D animation, Adobe After Effects for compositing and motion graphics; a Foley pit for sound editing; a screening room; and a film studio with green screen. The equipment is state-of-the-art and makes you long to go back to school yourself!

The United World College (UWC) in Singapore is part of the UWC movement founded under the guiding philosophical principles of Kurt Hahn. A humanist, Hahn greatly believed that beyond all cultural differences is a shared humanity. The UWC movement strives to “make education a force to unite people, nations and cultures for peace and a sustainable future.”

From the moment one comes into contact with students, teachers and parents of children at UWC, the enthusiasm and passion for the school and all that it represents is intense, verging on cultish. Having said that, everything you learn about this remarkable school gives you hope that the world really will be a better place for the contributions of these students who have been immersed in the UWC educational principles.

UWCSEA supports a holistic learning programme incorporating five elements – academics, activities, outdoor education, personal and social education, and service. Without a doubt, UWCSEA creates an atmosphere of learning which encourages creativity, critical thinking, curiosity, analysis, resilience, communication and collaboration. These are so much more than buzzwords at UWC, these are goals in a dynamic learning environment.

Sport is an integral part of school life and UWC has nearly 200 teams over both campuses that participate in SEASAC (South East Asia Student Activity Conference). Opportunities and activities are almost boundless at these two incredible schools that come under the UWC umbrella. UWCSEA is quite possibly one of the best international schools in the world. If there does exist a cult of United World College South East Asia, we’re converts. 10 International Schools in Malaysia Worth Considering

Are We Being Spied On By Airplane Cameras?
By 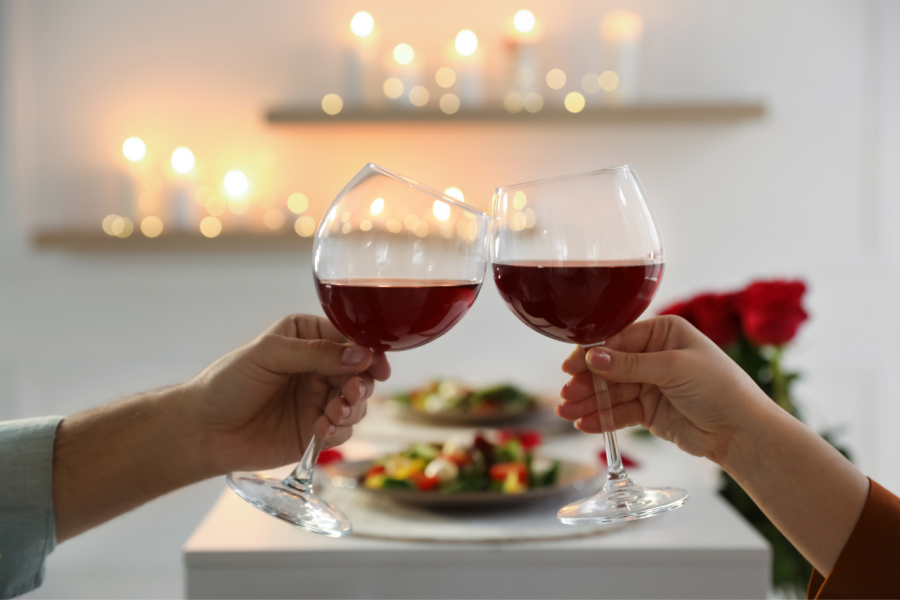 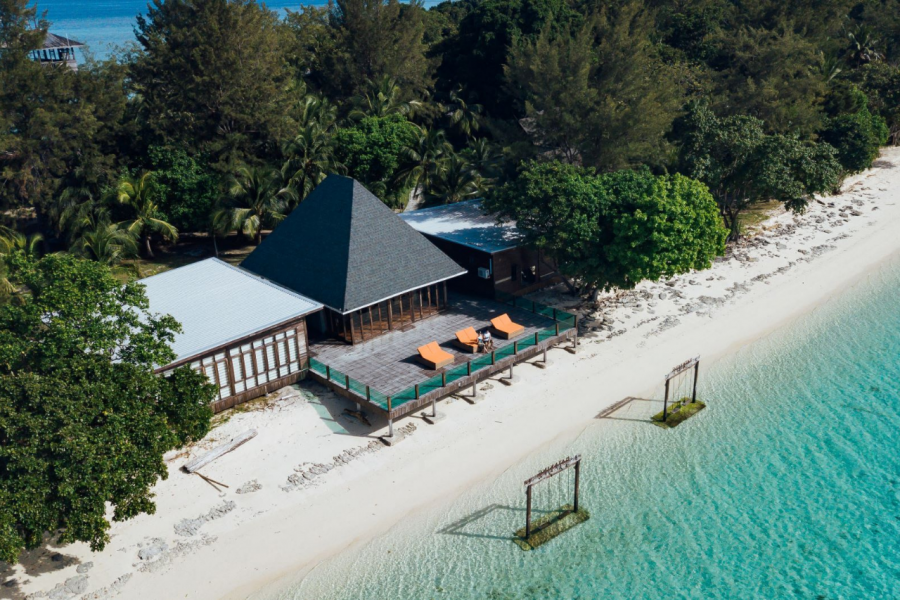