What Lies Next For The Future Of The Malayan Tiger A focus on economic recovery rather than environmental as household incomes dip, sees a risk of a resurgence in tiger poaching. Photo: WWF Malaysia

It’s evident that Malaysia can no longer fulfil its commitment to the Global Tiger Recovery Programme, now two years away. Despite the difficult year 2020 has already become, this is a pivotal moment for the last of our Malayan tigers. Early indications coming out of Malaysia’s National Tiger Survey, due to be completed this year, suggest that numbers could be far lower than the current estimate of 200 wild tigers.

The reintroduction of tigers from captive programmes, however appealing, may be a distant prospect for Malaysia despite the ambitions of Malaysia’s new National Tiger Conservation Centre in Pahang. In Russia, the Amur Tiger Centre, which was created on the initiative of President Putin, has rehabilitated and released several tigers back into the wild. Results have been encouraging.

However, the reintroduction of a predatory species is a complicated process. Captive tigers that are in-bred or crossbred are unable to contribute to species restoration due to their lack of genetic value, and unless reared under very strict conditions with minimal human contact, tigers that are genetically viable lack the skills required to survive in the wild.

Having a suitable habitat in which to release tigers is another concern. In-depth study of the release site is essential to mitigate territorial conflict with pre-existing animals. Where few or none exist, the reasons tigers have not flourished there must be addressed, and the financial capacity and manpower to strictly enforce protection of this habitat once tigers are restored must be in place.

These are the same issues that Malaysia is struggling to overcome now, and why promoting natural return remains the preferred solution. Though Malaysia’s leading conservationists may not share the optimism equally, they agree that recovery remains possible.

For seasoned conservationists like Dr Kawanishi, the “now or never” rallying cry to save our Malayan tiger continues to ring hollow unless rhetoric gives way to implementation. “Beyond Perhilitan, saving tigers was not and still is not the government and people’s priority. It is only because of the effort of DWNP working with the NGOs, that some tigers still survive to date,” she opined. Despite the uphill battle, DWNP, MYCAT and its partner members have achieved much over the last 12 years.

At a total cost of RM180 million, eco-viaducts to maintain connectivity between priority tiger habitats were strategically integrated into existing and new infrastructure projects. Extensive lobbying led to the gazettement of strategically located permanent forest reserves to serve as buffer zones, and the creation of Kenyir State Park to provide a secure linkage between the unprotected forest reserves surrounding Kenyir Lake and Taman Negara.

Amendments to the previously outdated Wildlife Conservation Act widened the list of agencies empowered to enforce wildlife laws and set stiff penalties for the possession of protected and completely protected wildlife that matched the severity of the crime. To protect tiger prey species, a moratorium against hunting sambar and barking deer is in place until 2022. Wild boar hunting season has been reduced to six months and firearms licences are being reviewed.

These tireless efforts have been recognised by the United Nations Office on Drugs and Crime (UNODC) which, in a 2017 assessment on the Criminal Justice Response to Wildlife Crime in Malaysia, stated that “Malaysia’s response to investigating and prosecuting wildlife crime represents international best practice”.

The presence of robust legislation such as the Wildlife Conservation Act 2010, the Anti-Money Laundering, Anti-Terrorism Financing and Proceeds of Unlawful Activities Act (AMLA), and the Malaysian Anti-Corruption Commission Act (Act 694), the existence of dedicated environmental courts, and ongoing capacity-building activities with law enforcement agencies, prosecutors and the judiciary are viewed as powerful weapons in the fight to ensure environmental justice is served.

Show your love for tigers by supporting organisations that protect them instead! NGOs rely on the support of the public especially with fundraising, check our previous instagram post to find out how you can help! #Repost @creatureconserve (@get_repost) ・・・ Art by Emily Schnall @emilyschnall 🐾 🐾 Emily: The aspect of cub petting I find the most challenging to wrap my head around and explain is definitely this complicated way it intersects with other issues of conservation, tigers, and wildlife trade. The treatment of cubs in these operations is horrendous, but the cruelty travels further than that. It diffuses out in all these complex and sometimes subtle ways. What I’ve illustrated here is the tip of the iceberg more than it is a complete picture. Much in the way tigers are a keystone species, I’d consider cub petting a keystone problem. • I want the takeaway from this image to be an optimistic one about the power of your own actions and your influence on those around you. We need to take away that hand up top. 🐾 🐾 🐾 #tiger #tigercub #tigerconservation #wildlifetrafficking #conservationart #exoticanimals #endangeredspecies #tigerking #illustration #creatureconserve

Recent developments cannot be allowed to thwart ongoing efforts to save the Malayan tiger. The Chinese government’s decision to implement a strict ban on all wildlife trade following the outbreak of the COVID-19 pandemic has prompted similar calls to other countries with unregulated live wildlife markets such as Vietnam, Thailand and Indonesia, and could offer wildlife a reprieve provided governments take a tough stance on enforcement. However, the risk that this illicit trade will move further underground remains real.

Financially, the Malaysian government’s priorities will be focused on economic rather than environmental recovery as the repercussions of the spread and containment of COVID-19 become apparent. As household incomes dip, there is a risk of a resurgence in poaching. It’s an ironic danger that reinforces the absurdity of our wanton exploitation of woodlands and wildlife: that as our own species falls prey to an increasing number of zoonotic diseases, we continue to behave in ways that can only increase that risk. Instead, it should be the impetus for us to preserve the biodiversity that we have.

The presence of tigers is crucial for a healthy forest ecosystem, one that provides us with clean air, fresh water, natural resources and more. . The absence of an apex predator will start a chain reaction – overpopulation of prey, which feeds on vegetation, and eventually strips the forest of cover. In time, a once healthy forest will turn into an empty one devoid of wildlife. . If the tiger species survives, so will our forests and the entire ecosystem – and us. . Sign the Malayan tiger pledge at wwf.org.my/TigerPledge . Photo © Christopher Wong/WWF-Malaysia . #MalayanTigerPledge

“There is no crisis greater than tiger extinction in Malaysia’s nature conservation history,” Dr Kawanishi wrote in her December 2018 letter to the media. The COVID-19 global pandemic is a stark reminder of the consequences of ignoring the advice of experts.

The conservation of the Malayan tiger must be made a national priority. It will involve significant amounts of money and investment, corporate influence, genuine political resolve and the power of the individual to stand up collectively, but there is more at stake than the poetic ideals of national pride or the cultural and historic significance of our coat of arms or corporate logos.

In an era defined by climate crisis and the threat of zoonoses which have arisen as a result of unchecked growth, it is clear that our prevailing economic indicators are no longer an acceptable measure of progress. A paradigm shift away from short-term economic interests towards those that value our nation’s biodiversity is necessary to guarantee not just the tiger’s continued survival, but our own. More importantly, we must hold ourselves and our government accountable in order to make that happen.

If there’s one thing that the turbulence of the past few months has shown us, it’s that we have the capacity to make sweeping changes and adapt to them far more readily than we ever thought. We must not forget that and allow the last tiger to slip quietly into the night.

This is Part Three of UNRESERVED’s Sustainability Series highlighting the plight of the Malayan tiger. Colour Therapy: Elevate Your Home into a Wellness Pad with Cosentino
By Ezza Zainal 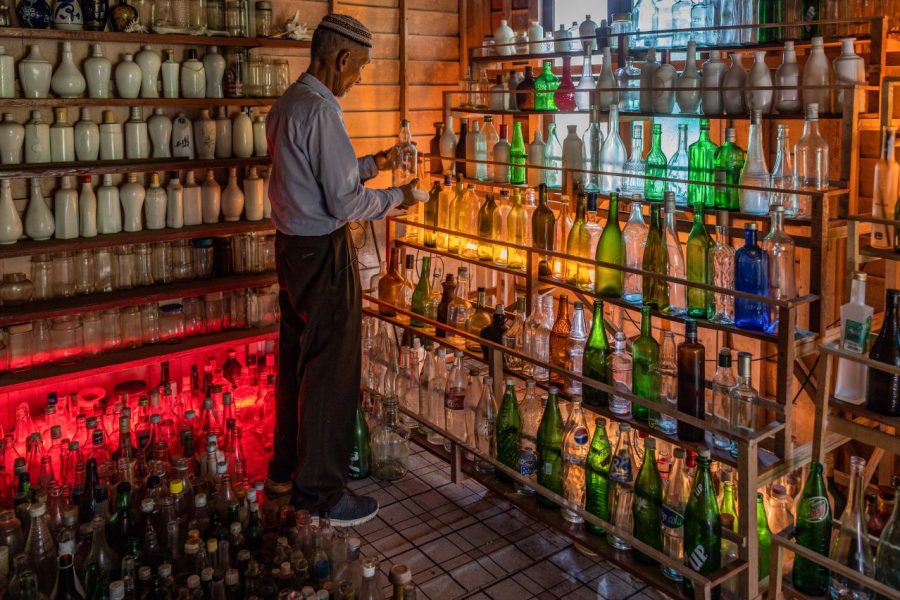