What You Need to Know About the “Selfie Economy”

Technology is encouraging the selfie to continue to take over the world.
Lainey Loh
Wednesday 3 July 2019 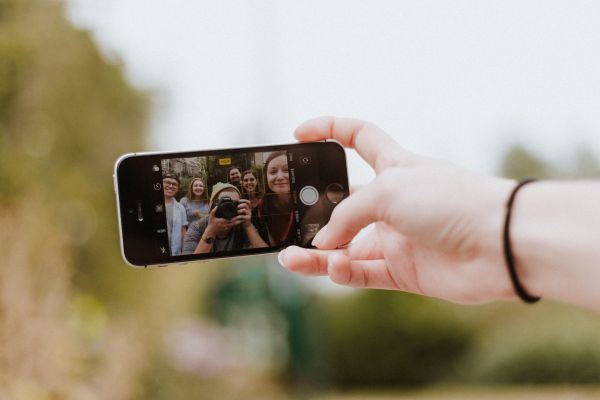 It'll only keep getting better, or worse. Photo: Unsplash

Long dismissed as a symptom of narcissistic youth culture, the not-so-humble selfie has become big business. As hotels vie to become the next viral hotspot and new technology is developed to cater to those searching for that perfect picture of themselves, here are five things to know about selfies.

When front-facing cameras were first added to primitive mobile phones in 2003, they were not intended for users to endlessly pose for self-portraits. They were introduced on phones like the Sony Ericsson Z1010 to enable video calls for business meetings.

The ensuing selfie explosion was perfectly timed to take advantage of changing consumer habits during the rise of the “experience economy,” a term first used by authors Joseph Pine II and James Gilmore in a 1998 issue of the Harvard Business Review. They said that consumers were increasingly prioritising fleeting but expensive experiences – such as fine dining or holidays to exotic locations – over purchasing more traditional material goods.

It didn’t hurt that such experiences could now be immortalised with a quick selfie shared on social media to masses of (hopefully envious) followers.

Indeed, consulting firm McKinsey & Company found that personal-consumption expenditures on “experience-related services” surged by 5.3% in the US between 2014 and 2016, while spending on goods increased by only 2.5%. In Western Europe meanwhile, spending on experiences jumped 5% between 2015 and 2017, compared to a 2.3% rise for goods.

The image has been shared on social media so many times that you may have seen it already – a swimmer paddling in a steaming infinity pool that sheers off onto a stunning vista of snowy Swiss Alps. “The Hotel Villa Honegg in Switzerland has become very famous on social media for selfies in its swimming pool,” says Johanne Saget, the head of “The One Consulting” firm that focuses on the luxury sector.

Other hotels not so blessed with such natural beauty have found others ways to court selfie tourists. In 2014, the Mandarin Oriental luxury hotel launched a “Selfie in Paris” package tour of the French capital, costing a bracing €995 (US$1,135).

In Athens, the Hotel Grand Bretagne has a designated “selfie spot” for pictures with the Acropolis in the background, while the Marriott hotel chain offers “selfie sticks” during check-in at its Desert Springs Resort in California.

The rise of the selfie has also shaken the photography world as its centre of gravity has shifted towards Asia, where most smartphones are manufactured. Chinese tech giant Huawei has become an industry leader for smartphone cameras after teaming up with Germany’s Leica, while Xiaomi developed a selfie lens hidden under the phone’s screen.

“This evolution (of mobile phone cameras) went side-by-side with social media’s ability to trail your life and what you do, and also recording everything,” says Roberta Cozza, an analyst at American research firm Gartner.

For Cozza, the “next big thing will be AI (artificial intelligence). Cameras will be able to help users to scan the environment, objects for example.” Samsung’s “Bixby Vision” function on its new smartphones combines its AI voice assistant with augmented reality to recognise and classify objects captured by the camera.

The technology is still in its infancy, but could soon have myriad uses, including a new way to shop. Say, for example, you like the look of the shoes a fellow commuter is wearing on the train. You could point the smartphone camera at the shoes, which would then find them online and let you immediately buy a pair.