Mirror, mirror on the wall, who’s the fairest of them all?
Shirley Knott
Monday 4 November 2019 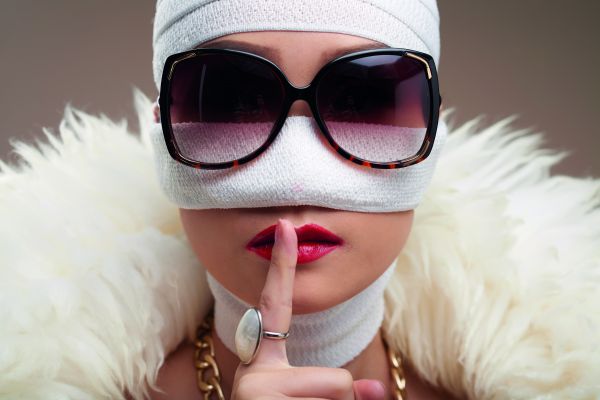 How far would you go to be "beautiful"? Photo: iStock

It is hard to ignore society’s obsession with physical appearances. We live in a world where many are dissatisfied with the way they look and seem to think that only physically attractive people are the ones who make it to the top.

I mean, who among us hasn’t felt that our flawed bodies are a “work in progress”, moaning that our bellies are too pudgy and flabby and our thighs are bumpy and dimply? And let’s not get started on our tiny breasts or scrawny lips. (Actually, isn’t it funny how every single part of our bodies is either too thin, too fat, too hairy or too bald?)

Blame Instagram, K-pop, Tinder, Netflix, or the Daily Mail’s sidebar of shame, but it’s undeniable we now have to look thinner, fitter, tighter and younger to even be considered slightly above average. In the early 2000s, large-scale studies estimated that between 61% and 82% of adult men and women had “significant” appearance concerns. That figure is now believed to be much higher.

Our warped self-image can have a range of negative impacts on our physical health, social relationships and psychological well-being. We have drank the (hopefully low-calorie) Kool-Aid and have been brainwashed into thinking that beauty is synonymous with success, happiness and fulfilling relationships. Magazine features, TV makeover shows and airbrushed advertisements have perpetuated our anxieties about being aesthetically challenged and contributed to the notion that if we invested in a few nips and tucks, whizzy technology or the latest lotions and potions, we could have all three. Away with wobbles, droop, age spots, sun damage and clogged pores.

Sadly, this discontentment has lead to a carbon-copy beauty standard that is shared across the world, eliminating diversity that used to be celebrated among different cultures. According to studies, the gold standard body shape for both Asian men and women is one which is tall and lean with facial appearance that is symmetrical, with large eyes, unblemished skin, full lips and high cheekbones – uncomfortably Caucasian beauty ideals.

To be clear, this is not a new phenomenon. Throughout history, people have always been interested in making the most of their looks and when it comes to the brutal fight to look perfect, the ancient adage “no pain, no gain” rings true. We can at least be grateful that however time-consuming, expensive and uncomfortable many contemporary beauty trends may be, we can at least rest safe in the knowledge that they aren’t usually life-threatening. From ordinary, everyday beauty treatments such as waxing legs, tweezing eyebrows and teeth whitening to more drastic procedures such as facelifts and liposuctions, it is heartening to note that these procedures do not land us in morgues.

However, the same cannot be said for the more extreme ways Asians have suffered to look good. Take for example, the 10th-century practice in China of foot binding in an effort to transform women’s feet into 3-inch “golden lotuses”, a symbol of status and femininity, or the Japanese tradition of powdering faces with lead-based poison for a ladylike yet deathly pale complexion.

Hundreds of years later, Asians’ unhealthy obsession with beauty has continued unabated. While North America and Europe used to dominate the global plastic surgery industry, now more women in Asia have plastic surgery than any other regions in the world. In fact, one in five South Korean women have had some form of cosmetic surgery, compared to around one in 20 in the United States. China and India are following closely behind. The preoccupation with beauty is all-consuming in Asia, ranging from South Korea’s painstakingly elaborate 10 products or more skincare routines to Chinese parents gifting their children plastic surgery upon graduation.

The most popular plastic surgeries in Asia, particularly in South Korea, China and Japan for both males and females are blepharoplasty, also known as double eyelid surgery, rhinoplasty or nose jobs and breast augmentation (for women). Every year millions of young people undergo operations to add creases to their eyelids, define the bridge of their noses and increase the size of their breasts, thinking these procedures will help them get a job, be happy, or be more attractive. In keeping with the Asian stereotype of efficiency and toughness, they tend to get their surgeries done simultaneously, pain be damned.

Predictably, the number one non-surgical beauty treatment is the quest for…drumroll…fair, pale skin. Asians continue to be obsessed with having porcelain-white smooth skin, unblemished by any spots, freckles or marks. Globally, the demand for whiteners is rising and is projected to reach US$31.2 billion by 2024, up from US$17.9 billion in 2017, especially in Asia, the Middle East and Africa, according to market intelligence firm Global Industry Analysts. Routine skin whitener use is around 40% in China, Malaysia, the Philippines and South Korea, according to the World Health Organisation.

Not satisfied with merely using bleaching creams, Asians who want lighter skin are now injecting glutathione into their bodies to slow pigmentation in the skin, thus giving a fairer skin tone faster and more efficiently. In the Philippines, glutathione IVs were ubiquitous in neighbourhood spas until 2011, when reports of serious skin rashes, thyroid issues, and kidney failure led to a ban by the country’s government. This was followed by the US Food and Drug Administration warning in 2018 that injectable skin lighteners were unsafe. However, Asians are not deterred by this piece of advice and continue to flock to medispas for their dose of this unregulated fluid.

In keeping with the rest of Asia, hunger for cosmetic surgery has been rising in Malaysia. Although there is no local data on the number of plastic surgeries being performed, beauty and plastic surgery centres are mushrooming all around the country at an alarming rate. While conventional cosmetic surgeries remain popular, we have our own thrilling solution to beauty problems – the susuk. Needles, charmed by bomohs, made of gold or other precious metals, or tiny diamonds and pearls, are inserted into the soft tissues of the body to ensure lifelong beauty with the added bonus of a faithful husband. Popular areas for susuk insertions include the cheeks, lips, and breasts. However, there is a downside to this treatment. The needles must be removed before the wearer dies or the person will suffer an incredibly difficult and painful death. You have been forewarned.

It is true that while contemporary beauty treatments are not killing us through internal bleeding, lung constriction or poison, some of these procedures really do make us question if it’s worth the effort. Although some evidence suggests that physically attractive people are initially viewed more positively by others, research has in fact found few associations between attractiveness and intelligence, ability or success. Beauty may open a few doors, but it takes a lot more than good looks to make it to the top.

Similarly, when meeting someone for the first time, appearance is only central for the first 15 to 20 seconds, after which other characteristics, such as warmth, eye contact, and conversational skills become more important in making a good impression. So if I can give my two cents’ worth, it’s alright to be average looking. Perhaps it’s time we came to the collective realisation that having single eyelids, a flat nose, dark skin and small breasts do not make us physically deformed but simply make us part of a complex and varied species.

Related: South Korean Women Are Trashing Their Makeup to Rebel Against Beauty Standards