Aven d'Orgnac caves go back to the late Stone Age and are the perfect temperature for wine storage.
Zoe Ibrahim
Saturday 19 September 2020 Ardèche winemakers have stored 10,000 bottles at a depth of 50 meters in the Aven d'Orgnac cave system. Photo: AFP

Deep underground, specifically 50 metres deep, lies 10,000 bottles of wine in the Aven d’Orgnac caves. These caves, discovered by famous French caver Robert de Joly, have a constant cool temperature of 12°c and the ideal rate of humidity, the seemingly perfect setting to age fine wine. It is why these caves in the dark depths of France’s Ardèche region have caught the eyes of local winemakers and filled their minds with glorious ideas.

A known tourist attraction opened in 1939, the Aven d’Orgnac caves have long brought people intrigued by stalagmites that feature prominently as well as the history to the region.

The Ardèche area dates back to the Upper Paleolithic, proof of which can be found in the Chauvet Pont d’Arc cave where drawings line the walls. Famous in the region are also the extensive-standing stones, dolmens and menhirs, that were erected thousands of years ago.

In March 2018, local winemakers decided to experiment with these caves and a new storage facility was specially created in a disused access tunnel to allow the wine to mature in a highly stable and peaceful environment.

This year in December, 1,000 bottles of Côtes du Vivarais ‘Grand Aven 2017’ from this treasure trove will be passed from hand to hand by a chain of human volunteers who will bring them back to the surface after the bottles have been stored underground for two years.

Thereafter, they will go under the hammer with a range of other local vintages in an auction with modest reserve prices. Lots on offer will include 150 magnums of Terra Helvorum 2017 starting at €30, 350 bottles of 2015 Terra Helvorum for as little as €15 and 350 bottles of Grand Aven 2016 from just €10.

Although the art of wine caves is not that new, the Romans used Catacombs to age their wine at a time where air conditioning didn’t exist. The Americans also made use of the caves dug out during the California Gold Rush and gave refuge to alcoholics during prohibition times.

In France however, the trend of storing wine in caves is relatively newer while champagne caves are well known in the country, like the Château de Meursault originally dug out by monks in the 14th and 16th centuries.

What has reignited winemakers to use this natural method of ageing wine was when divers discovered the wreck of a sunken trade schooner off the coast of Finland that contained 168 bottles of French bubbly.

At 160 feet below the surface, the 170-year-old champagne had aged nicely.  The find included Veuve Clicquot Ponsardin, which was popular in 1772. Amidst the champagnes were also brands like Heidsieck, a favourite of the late Marilyn Monroe and the now-defunct Juglar.

Now wine caving is the new black and the French are all over that. Just this year, 500 bottles were placed in racks at a depth of 103 meters in caves in Padirac under the watchful eye of Serge Dubs, the Best Sommelier of the World in 1989.

The bottles that went under are a very particular wine, Clos Triguedina Cahors which was christened Cuvée Probus, that was produced in honour of the 130-year anniversary of the Padirac Chasm. The first of these to return to the surface will be brought up for an initial tasting in the spring of 2021. 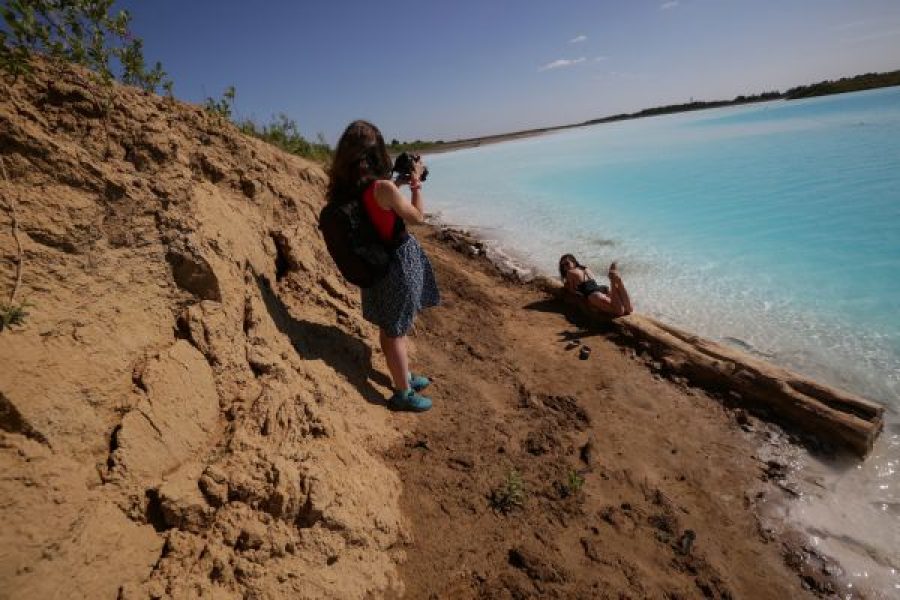