Stern and smoking, Churchill was known for his fierce reputation, but in his free time he dabbled in the arts. Photo: AFP

Winston Churchill’s name has become synonymous with the word alcohol. One only needs to type in ‘Winston and alcohol’ into a web search and there will be a veritable library on the love affair between spirits and the former British Prime Minister.

Although the famously bibulous British World War II leader started out favouring brandy and soda, eventually he learned to prefer a good ol’ whisky. It was well known that the bustling leader had brandy or champagne with most meals, but it was always whisky that found his hand.

It is why it is no surprise that he painted his one true love in a lovely still life. The oil painting of a bottle of Johnny Walker Black label whisky and a bottle of brandy with a jug and glasses reflects Churchill’s fondness for the blend, which he often drank first thing in the morning with soda water, Sotheby’s added.

Well-known for being in charge of war and bolstering around parliament, Churchill in his free time was also a keen amateur artist. In total, he has around 550 paintings, mostly landscapes but many still life and portraits too.

He created this particular work in the 1930s and later gave it to the American businessman W. Averell Harriman, who acted as a United States special envoy to Europe in the 1940s. Harriman was photographed sitting between Churchill and Stalin in Moscow in 1942, and the gift of the painting suggests he shared convivial drams with Churchill.

The politician would give paintings to “like-minded people,” said Simon Hucker, co-head of modern and post-war British art at Sotheby’s.

It was not known if Churchill knew that his son Randolph’s wife, Pamela Churchill, was having an affair with Harriman during this period, The Times newspaper reported.

Pamela Churchill married Harriman decades later in the 1970s and the painting was sold following her death in 1997. It went back on sale after the deaths of its current owners, the US collectors Barbara and Ira Lipman.

Painted at Churchill’s country house of Chartwell, in southeast England, the still life called Jug with Bottles was expected to sell for up to US$330,000. Instead, Sotheby’s sold the snapshot of Churchill’s love for whiskey for US$1.3 million.

Still at Chartwell is another painting by the man called Bottlescape, which was once called ‘truly hideous’ by The New York Times, because some disputed his artistic talent even though painting for Churchill was a form of private meditation and not something he yearned great recognition for. Singapore is Getting its Hawker Recognition
By Zoe Ibrahim 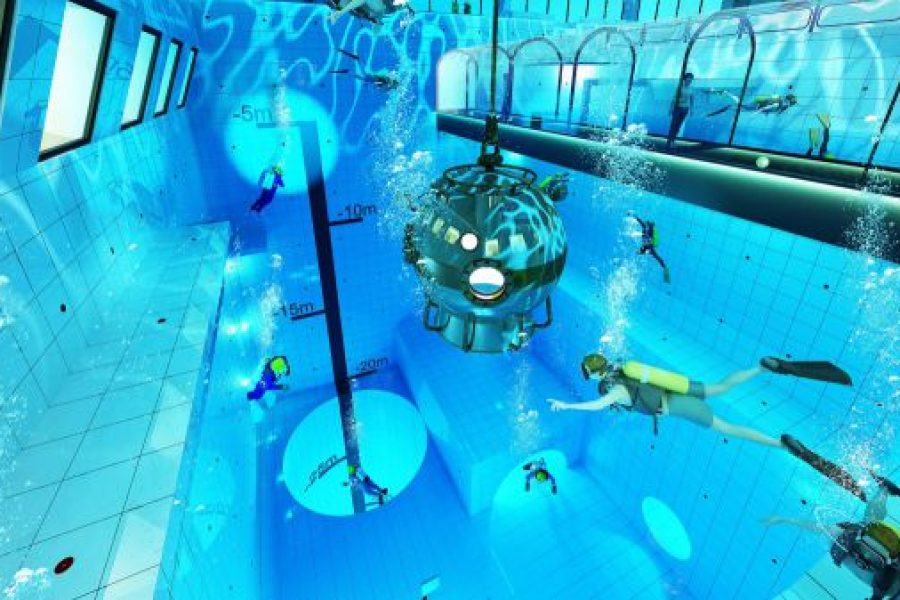 Dive into the World's Deepest Pool
By Lainey Loh